Ajay Devgn and Kajol give us such couple goals....

Whenever we have doubts about how to spend the rest of our lives with just one person, we look at Ajay Devgn and Kajol. They have been together for 19 years and counting. Couple goals right there! Recently, they celebrated their marriage anniversary and the whole family went for a short trip to Singapore. The family is back to the 'bay now. Their son Yug was still in a mood to go for a ride and the luggage trolley seemed like the most plausible option there. So he took a ride of the same while papa Devgn veered him everywhere. It will remind you of the many trips that you must have taken with your family and the kind of stuff you did.

Speaking about this short vacation, a source had informed DNA, "Ajay and Kajol are taking a small break from their respective shoots and along with their son Yug, are heading to Singapore, to be with Nysa, who’s studying there. The intimate celebration will only include the four of them." It was a perfect time to be with the family. Kajol married at the peak of her career and is now a mother of two. She took to Instagram to share her joy of spending 19 years with Ajay in a post. Before we show you the post, check out their airport pictures... Also Read - Did you know Prabhas made a special appearance in THIS Bollywood disaster before emerging a pan-India star? 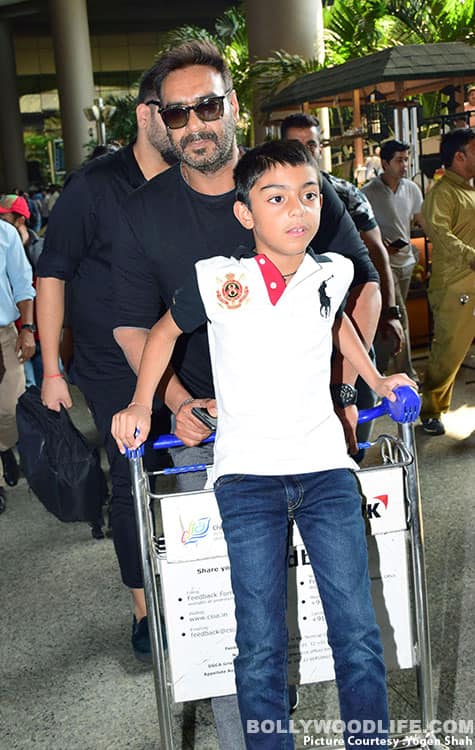 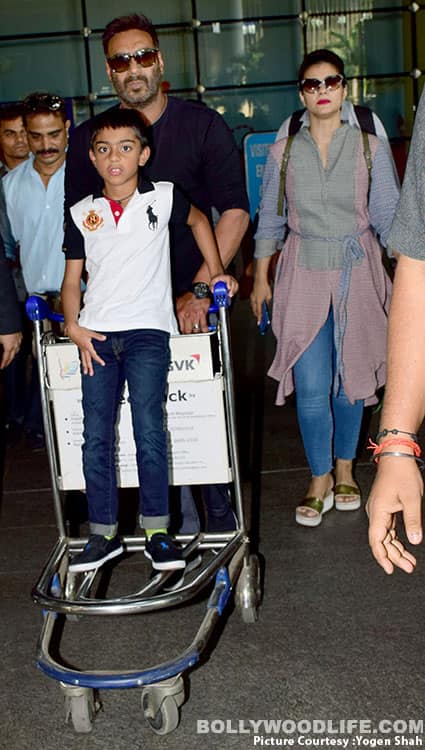 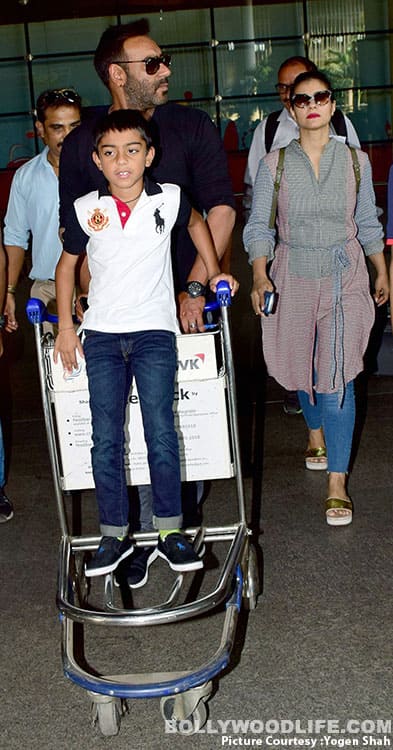 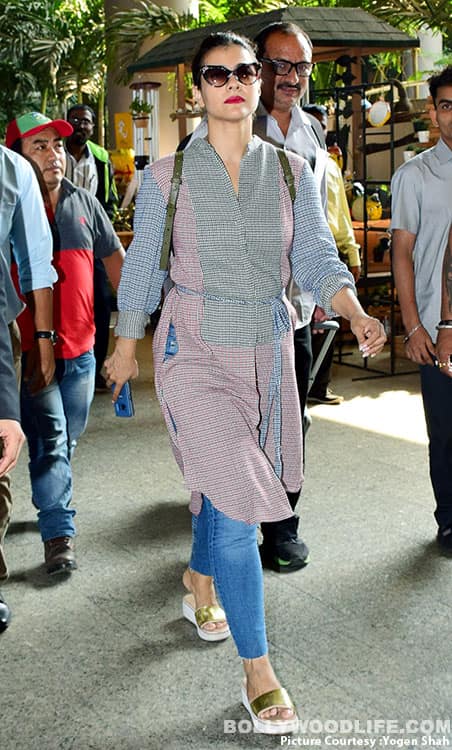 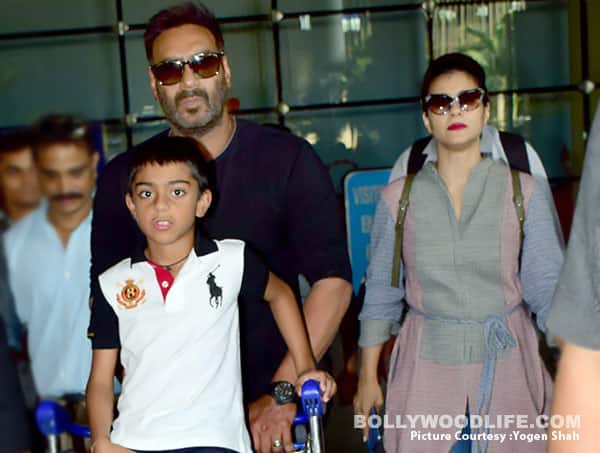 U Me Aur Hum ! Thank you so much everyone for all ur wonderful wishes ❤️

While talking about why she married Ajay Devgn at the prime of her career, Kajol revealed during BFFs with Vogue, "It was the right thing for me to do at that point of time. I had been already working for around eight and a half to nine years. So, I was ready to kind of calm down on my work front and kind of take it easier. I was doing four to five films a year. I didn’t want to do only that and to only live like that. That wasn’t what I had set out for. So I assumed that I would get married and do one film a year. I’ll be happier and be more settled.” Like they say... when you know, you know!