Ajay Devgn drops out of Vishal Bhardwaj’s next 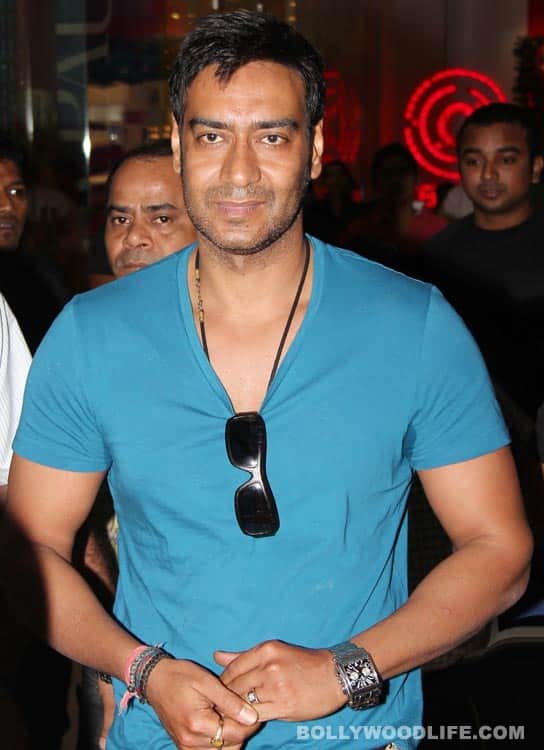 The actor, who had signed Matru Ki Bijlee Ka Mandolai, has dropped out of it for Ashwini Dhir’s Son of Sardar

Ajay Devgn has been riding high on the success of Golmaal and Singham. He has proved his worth in Bollywood time and again. Following the recent successes at the BO, Ajay had been signed on for Vishal Bhardwaj’s ambitious project Matru Ki Bijlee Ka Mandolai opposite YRF’s favourite gal Anushka Sharma. But now we hear that Ajay has dropped out of the film to be the lead in Ashwini Dhir’s project titled Son of Sardar. Sources claim that Ajay was lured for the film with a 50 per cent partnership in the deal. While the other half goes to co-producer NR Pachisia. According to recent developments, Viacom 18 Motion Pictures bought the rights from Ajay for a whooping amount and insisted that the actor start work on it immediately. Ideally the film was set to go on floors in March next year but instead, will now begin in November itself. A while ago, Ajay was all praises for Vishal Bhardwaj and the new script offered to him. But looking at his decision to opt out at the last minute, we could say that currently Ajay's giving priority to big money rather than a great script! Let’s hope that Son of Sardar is not just another Rascals and does the star and his acting talent some justice!