Ajay Devgn gets mobbed as he rides a scooter on Bholaa sets; actor justifies why he wasn't wearing a helmet [Watch Video]

Drishyam 2 actor Ajay Devgn was seen riding a scooter on the sets of Bholaa. The handsome hunk was seen chasing by a mob of fans on the sets. 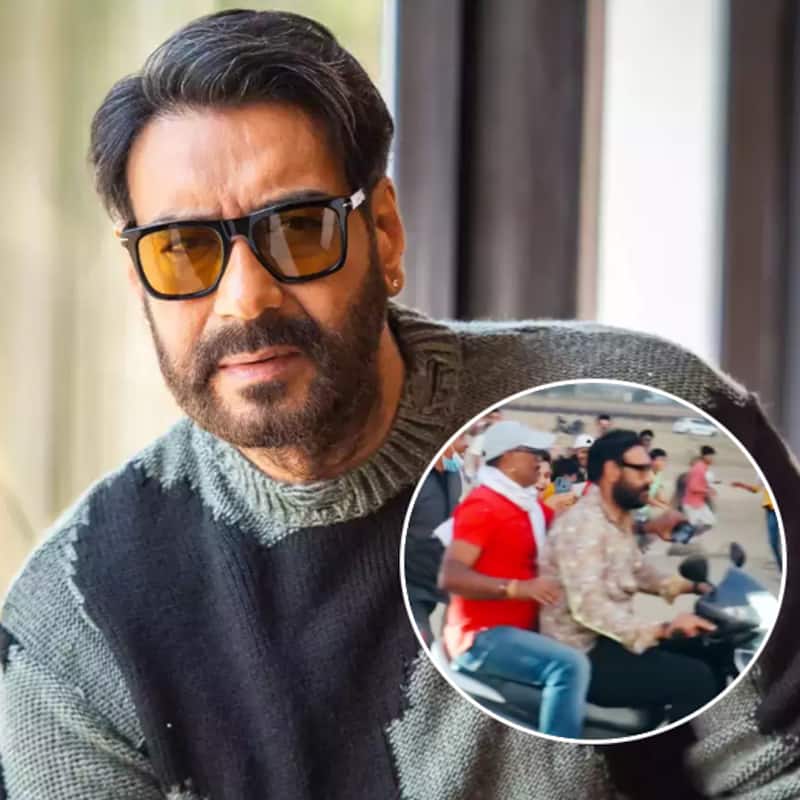 Currently, Ajay has resumed shooting for his upcoming film Bholaa. The actor took to his social media and shared a video wherein he was seen riding a scooter. The actor can be seen chasing by a mob of fans on the sets of Bholaa. Ajay was surrounded by his personal security and fans wanted to get a glimpse of the actor and were seen running behind him. Ajay captioned the video as, 'It’s good when a mob chases you for the right reasons. Grateful for their love. PS - Always wear a helmet while riding. My head is bare because I was a part of the shoot'. Also Read - Singham Again: Ajay Devgn-Rohit Shetty tease fans about their next 'blockbuster'; netizens cannot contain excitement

Talking about Bholaa, Ajay Devgn's starrer is an official Hindi remake of 2019 Tamil superhit Kaithi. The film features Tabu with Ajay and the movie's teaser was released on November 22. The film is directed and produced by Ajay Devgn. Bholaa will be released on March 30, 2023. Ajay will be seen in Maidan.