Ajay Devgn or Shahrukh Khan: Who deserves the best actor award for 2011? 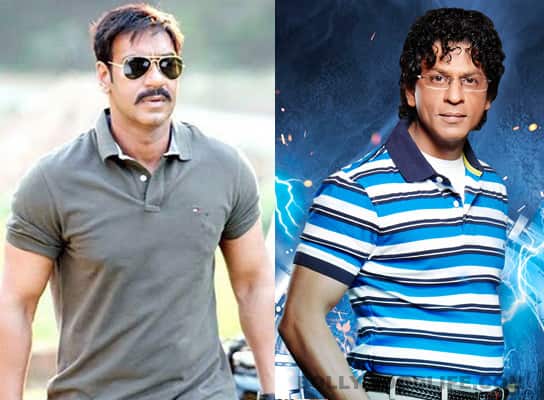 These stars are two of the five contenders for the Best Actor award at the Zee Cine Awards 2012. And the public will decide who’ll go home with the trophy

It looks like there is going to be a tough fight for the much coveted best actors and best film awards this year. The contenders are good mix of box-office dhamakas and critically acclaimed films and picking the best one is going to be quite challenging. For instance, the top films 2011 which have made it to the Best Film category are – the critically acclaimed Rockstar, the superhero drama RA.One, the slice of life flick Zindagi Na Milegi Dobara, the crowd pleaser Bodyguard, the action driven drama Singham, the soft porn artiste’s tale The Dirty Picture and the slick thriller Don 2. Meanwhile, in other sections there are quite a few new entrants to the regular lot of seasoned stars. One of them is Kangna Ranaut for the Best Actor-Female award for her spirited performance in Tanu Weds Manu. Earlier, she was nominated for Fashion in the Best Supporting Actor category at almost every award show. Like Kangna, Zoya Akhtar is a new entrant in the Best Direction category. Whereas in the Best Actor-Male category, the King of Bollywood Shahrukh Khan is nominated twice for Don 2 and RA.One which, we think, will be a tough one to beat for Ranbir Kapoor, who has been commended for his superlative performance in Rockstar. And he also has competition from another superstar actor Hrithik Roshan for his subtle performance in Zindagi Na Milegi Dobara. The tough job of picking out a winner has been left to the public who will vote for their favourites. To that, we say ‘may the best win’ or ‘may the one with the most fans win’!

Click here to vote for your choice of winners