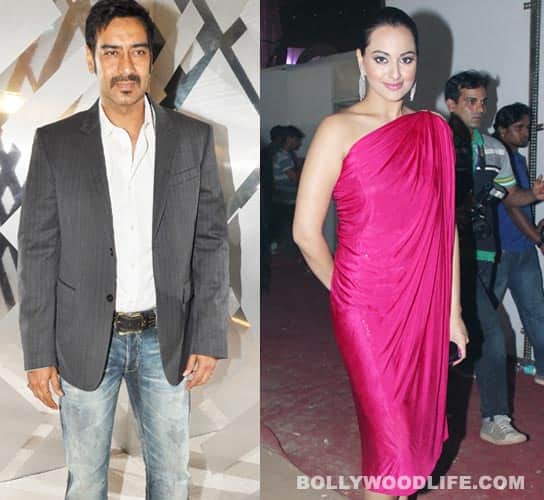 The Singham actor might have to fight for the title 'Son of Sardar', as Akshay Kumar has already registered it for one of his future productions

After the Hindi remake of Singham struck gold at the box office, Ajay Devgn has quickly moved on to another South Indian remake. The film currently being called SOS (Son of Sardar) will be a Hindi version of the Telugu hit Maryada Ramanna and Ashwini Dhir of Atithi Tum Kab Jaoge-fame will direct it. Sonakshi Sinha has already been signed on to play Ajay's love interest. Ajay is co-producing the film with good friend NR Pachisia. But there is a slight hitch - the catchy title 'SOS' has already been registered by Akshay Kumar’s production house, Hari Om Entertainment. We hear that Akshay’s script for the title is complete and he is in the process of finalising details. Even though Ajay already has his script, director, cast and schedule in place, the title might create some trouble for him. And if Akshay does not agree to part with the title, Ajay will have to look for a new one. Will Akshay give up his claim to the name for his old friend Ajay’s sake? Well, with all the male bonding going on in B-town at the moment, we would be surprised if he doesn’t! Also Read - Shah Rukh Khan to Ajay Devgn: 10 Bollywood celebs who own private jets