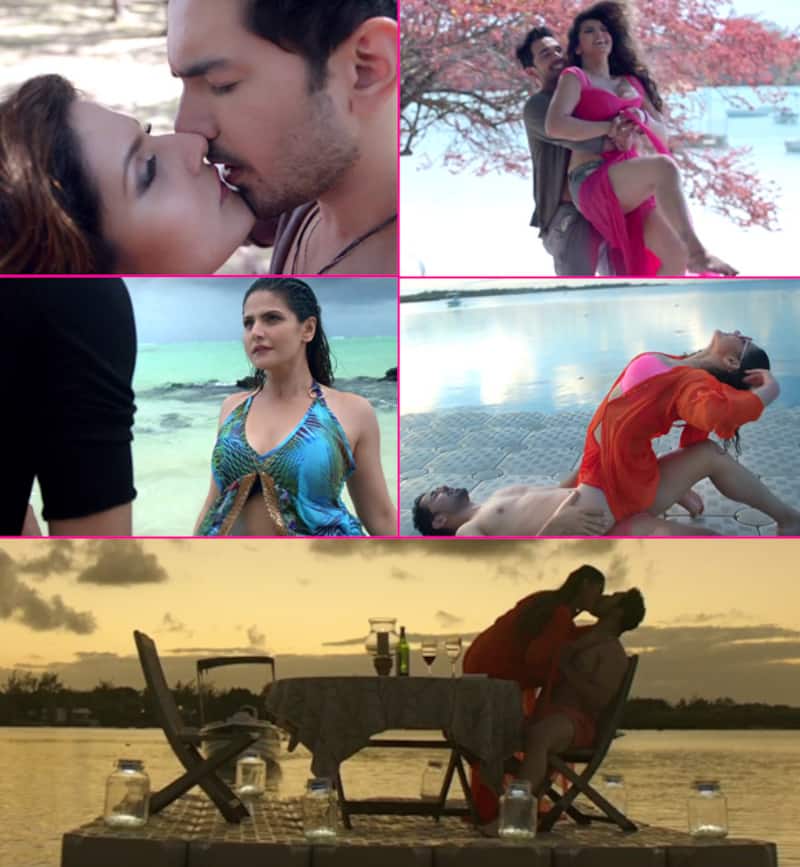 Ever since she turned all sultry with Hate Story 3, Zareen Khan continues to accept that new makeover for her in her upcoming release Aksar 2. The sequel to the Emraan Hashmi starrer, Aksar 2 has Zareen in the lead, with Gautam Rode and Abhinav Shukla playing the male leads. If you remember the first movie, it was filled with a lot of twists and turns and a lot of hot and steamy scenes. Above all, it had some great peppy music from Himesh Reshammiya. Also Read - Rubina Dilaik shares bikini pics from vacation with Abhinav Shukla; netizens fat-shame her, say, 'Bahut jyada fhul gayee'

Well, the sequel almost has the same ingredients except for the cast and the composer. Instead of Himesh, we have Mithoon who is composing the songs. So we have Jaana Ve, a romantic track, that has been picturised on Zareen Khan and Abhinav Shukla. The song has been shot at some very beautiful beach locales. But we are sure most of the eyeballs will be on Zareen's sultry avatar and the kissing scenes in there. Perhaps this is hottest Zareen has gone in her career. Arijit Singh has sung this melodious number, whose lyrics have been written by Sayeed Quadri. Also Read - Aishwarya Sharma-Neil Bhatt, Nakuul Mehta-Jankee Parekh and more – Meet the most romantic real-life TV couples

You can watch the song here... Also Read - Khatron Ke Khiladi 12: Did Abhinav Shukla just reveal Rubina Dilaik is the winner of Rohit Shetty's show by this gesture?

At the trailer launch of the film, Zareen was asked about why she has picked steamy roles back to back. “I am an actor. At the end of the day my work is to act. Agar film ki script ya story kisi badi film se achi hai then why not. It’s the film’s story and the script that matters to me. It’s true that I started my career with a big star. Logon ka dream debut hota hai Woh. Par meri Har film Salman ke saath nahin ho sakti nah. Mujhe unse thode se kam ke saath bhi kaam karna pad sakta hai. But that doesn’t make the film any less.” she replied.