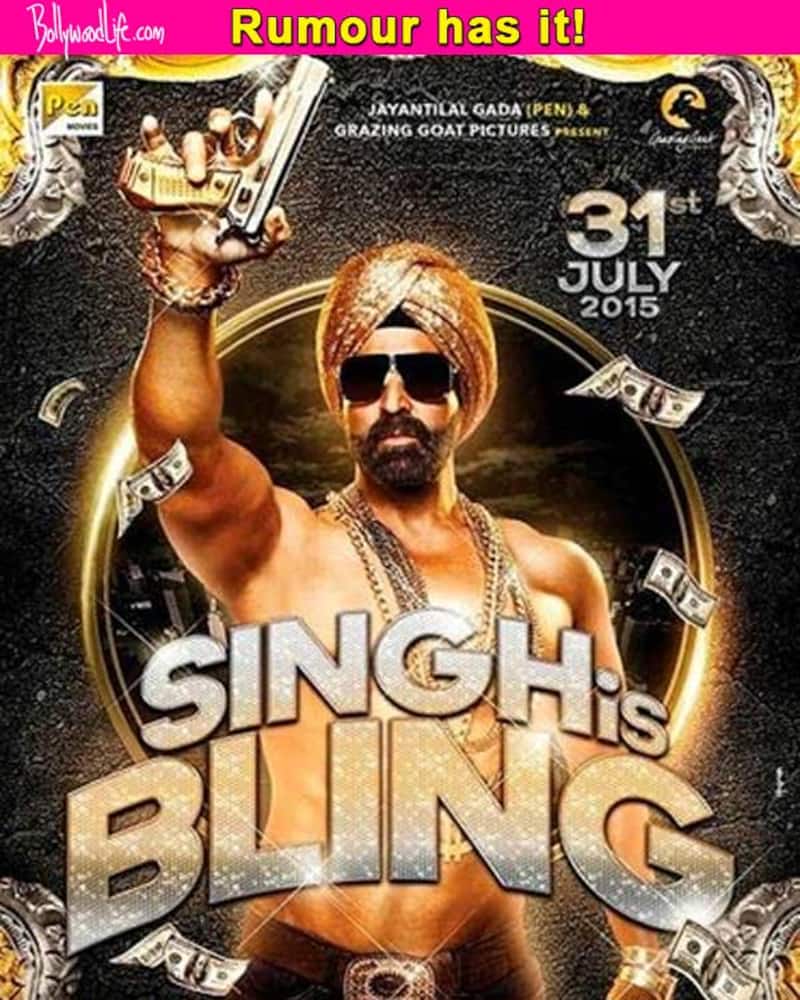 While Akki will have three releases this year, his one film seems to be have taken a backseat altogether. Read on to know full story...

Apart from Baby, Main Gabbar and Brothers, Akshay Kumar has one more film under his belt - Singh Is Bling co-starring Kriti Sanon. The film was supposed to release on July 31 however Karan Johar's production venture Brothers is hitting the screens on the very same date. Therefore the makers of Singh Is Bling postponed their film. Then it was being said that Akki-Kriti would come out during Gandhi Jayanti but again reports about the film being delayed started doing the rounds. And now we hear Singh Is Bling may get postponed to next year. Apparently, the film was to roll at the end of this month but that too looks highly unlikely, reported a portal. So in all probability Akshay's film may get stalled yet again. Also Read - Shah Rukh Khan's son Aryan Khan royally ignores Ananya Panday after she confessed to having a crush on him [Watch Viral Video]

Singh Is Bling will be co-produced by Grazing Goat Pictures, which is co-owned by Akshay and Ashvini Yardi, and Pen Movies, owned by Jayantilal Gada. Prabhu Dheva will don the director’s hat for this project. Also Read - Adipurush: Before Prabhas-Kriti Sanon starrer, these Shah Rukh Khan, Ajay Devgn films were heavy on VFX