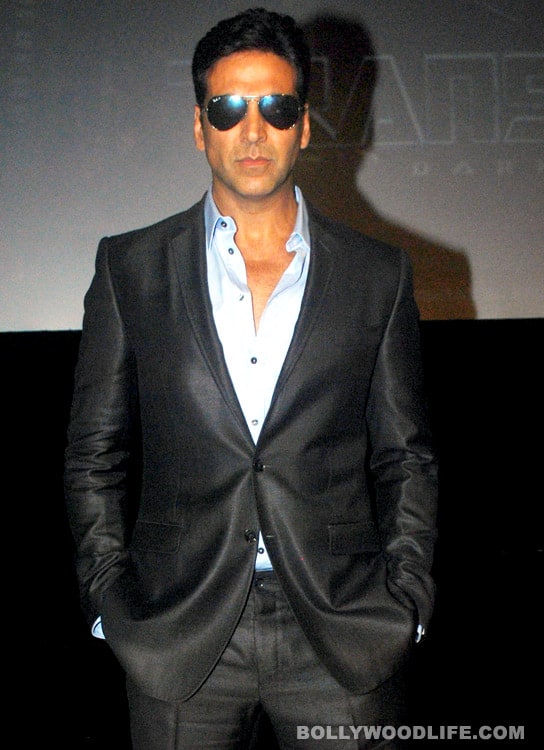 MasterChef India is back, and this time, it promises to take you "on a never-seen-before gastronomical journey and bring a change in the way India perceives, cooks and presents food." We don't know about changing perceptions about food, but we are already seeing one change - this time around, there's no Akshay Kumar. You surely remember him hosting the show last season? You don't? We don't blame you. After all, seeing Akshay in those awful checked shirts and trousers was more than enough to put us off what, we guess, could have been a good show. This time around, you don't have to worry about that. Akshay isn't a part of MasterChef India 2. While we are relieved we don't have to look at those awful outfits again, we also wonder why. Sure, he wasn't of any value add the first time around, but with better outfits, he could have drawn an interesting mix of viewers. He did get Colors great TRPs with Fear Factor: Khatron Ke Khiladi 4. And he does have a genuine love for food. That makes a big difference. So why has he given this season a miss? Is it that the makers decided if other MasterChef editions can do well in India without any star support, the Indian edition should do well too? Or is he just too busy resurrecting his failing Bollywood career? Anyway, Akshay's place is being taken by Chef Vikas Khanna, who has authored several cookery books, runs a restaurant in New York and a catering business. First season judges Chef Ajay Chopra and Chef Kunal Kapoor will be returning this season. So if you are curious about this season, tune in. Also Read - Kargil Vijay Divas: From Shah Rukh Khan in Main Hoon Na to Vicky Kaushal in Uri, 10 actors who looked simply dashing in Army uniforms

MasterChef India premieres tonight, October 22, at 9pm on Star Plus Also Read - BREAKING! Director Rakeysh Omprakash Mehra opens up on his next with Farhan Akhtar; says, 'Will put Bhaag Milkha Bhaag and Toofan together' [EXCLUSIVE]