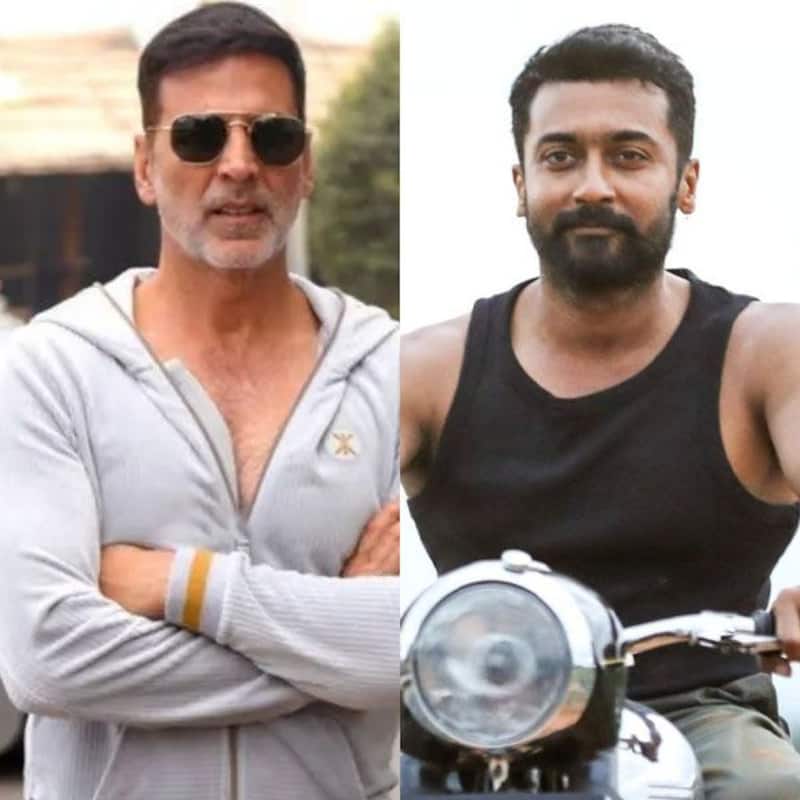 Akshay Kumar and Radhika Madan are the lead pair of the Hindi remake of Soorarai Pottru. The movie will be directed by Sudha Kongara. As we know, Suriya's biopic on the life of Captain Gopinath, Soorarai Pottru was a huge hit when it came out in 2020. The film released on Amazon Prime Video. Movie-goers were upset as the film could not get a theatrical release despite being such a great film. Akshay Kumar has shared a clip where we can see Radhika Madan breaking a coconut on the launch of the movie. Filmmaker Sudha Kongara is with him. Also Read - Aparshakti Khurana reveals what's on his OTT web series binge list [Watch Video]

The superstar asked fans to send names as suggested titles for the film. He wrote, "With the auspicious coconut-breaking and a small prayer in our heart, we begin the filming of our yet untitled film which is about dreams and the power of it... In case you’ll have any title suggestions, do share and of course your best wishes." Sadly, most fans do not look impressed. They told him that there was no need to make a remake of a film like Soorarai Pottru that was seen already by millions of Indians on OTT platform. Check out the tweets... Also Read - Trending South News Today: Inside Hansika Motwani-Sohael Khaturiya's haldi ceremony, 'Flop Show BB Telugu' trends on Twitter and more

Please do make promises now that you will not be featuring in any more remakes after this. I hope this will be your last remake film. Plz, be part of the original content. Anyway best wishes. I am sure I would enjoy it as I have not seen the original South movie. @akshaykumar

NO TO SOORARAI POOTTRU REMAKE
( 2 )@akshaykumar

We can see that people are hardly impressed with this decision of Akshay Kumar. He is already in the Hindi remake of Ratsasan titled Cinderella. Plus, he has films like Prithviraj and Ram Setu lined up for release. Also Read - BTS: Kim Seokjin trends on Twitter with full blast as he celebrates his 30th birthday; ARMY trips over his cake-cutting skills [VIEW TWEETS]