Akshay Kumar is known for his funny antics. The actor, who is busy shooting for the third installment of his film Housefull, recently took to Twitter to share a hilarious picture that mocks reigning queen Deepika Padukone. Also Read - Abhishek Bachchan, Varun Dhawan or Akshay Kumar - who does John Abraham look best alongside?

Known to all, Deepika Padukone will soon feature in a film next to Vin Diesel as the actress bagged her first Hollywood project. DP through her Instagram shared teased her fans with a picture with Vin Diesel of Fast and Furious series fame. What followed after was a guessing game of what could this be? Later Vin took to his Insta account and shared a picture of the two cementing the rumours that a film is in the pipeline with the two of them coming together for the very first time. Also Read - Housefull 3 babes Jacqueline Fernandez, Lisa Haydon eagerly await Christmas while Nargis Fakhri gets her glam on!

However Akki took this opportunity to promote his own film Housefull 3 with Abhishek Bachchan and Riteish Deshmukh where he posted a picture with a bald dummy. Well mocking Vin Diesel and Deepika is not a good idea Akki but don’t they say all is fair in love, war and film promotions? Also Read - Farah Ki Daawat: Alia Bhatt and Gautam Gulati bond over a cooking session!

We hope Deepika take this with a pinch of salt and there comes no point of bad blood between the two after all they have been co-stars in the past.

"Since Vin Diesel is busy with @deepikapadukone, we at #Housefull3 are making do with Vin Petrol," he posted with the picture below. 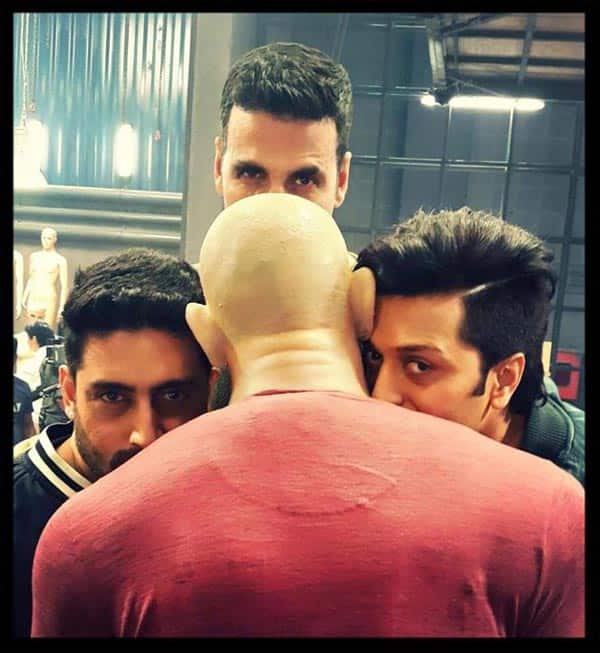