The actor enters as a sardar and makes everyone swoon over him...

The first poster of Singh Is Bliing was enough to tell us why the film is called so. A dashing looking Akshay Kumar in a sardar's garb with a golden background left nothing to imagination. Now, the trailer cleared any of our doubts of the film being blingy. But Singh jab bhi aata hai, style se aata hai and that's what was evident at the trailer launch of the film. Akshay Kumar enters driving a tractor with his muse from the film Amy Jackson in his arms. Check out these pictures... Also Read - Throwback pictures of Shah Rukh Khan, Hrithik Roshan, Akshay Kumar and more Bollywood stars from their debut films will give you a solid punch of nostalgia

Bhangra pale...Akshay Kumar suanters in in a tractor wearing a tux and a turban! Amy looks ravishing in red! Also Read - From Suhana Khan and Shanaya Kapoor to Janhvi Kapoor and Aarav Bhatia – 10 star kids and their jaw-dropping transformations 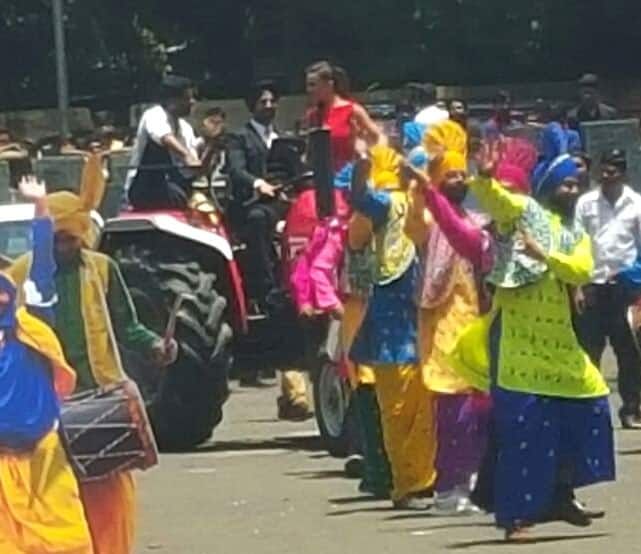 Naach Akshay naach...! Prabhudheva too seems to be one of the riders! 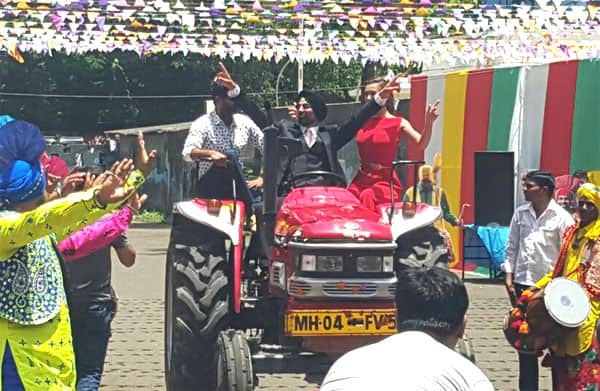 Akshay and Amy move to the beats while seating on the tractor... 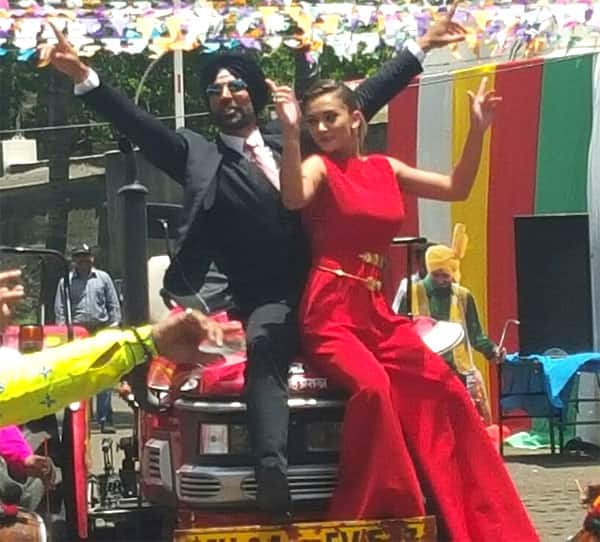 It's time to disembark and the three follow suit! 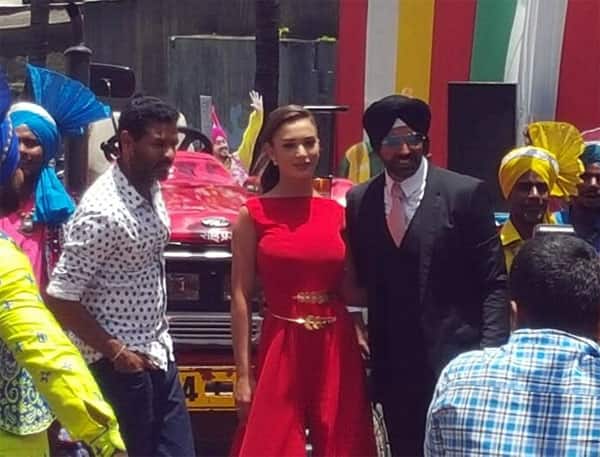 Well, this ain't enough. You have to see the video as well to see what the atmosphere was at the event.