Akshay Kumar has unveiled his first look as Chhatrapati Shivaji Maharaj in director Mahesh Manjrekar's upcoming Marathi period drama Vedat Marathe Veer Daudle Saat. But netizens are not ready to accept him saying that he will remain Bala. 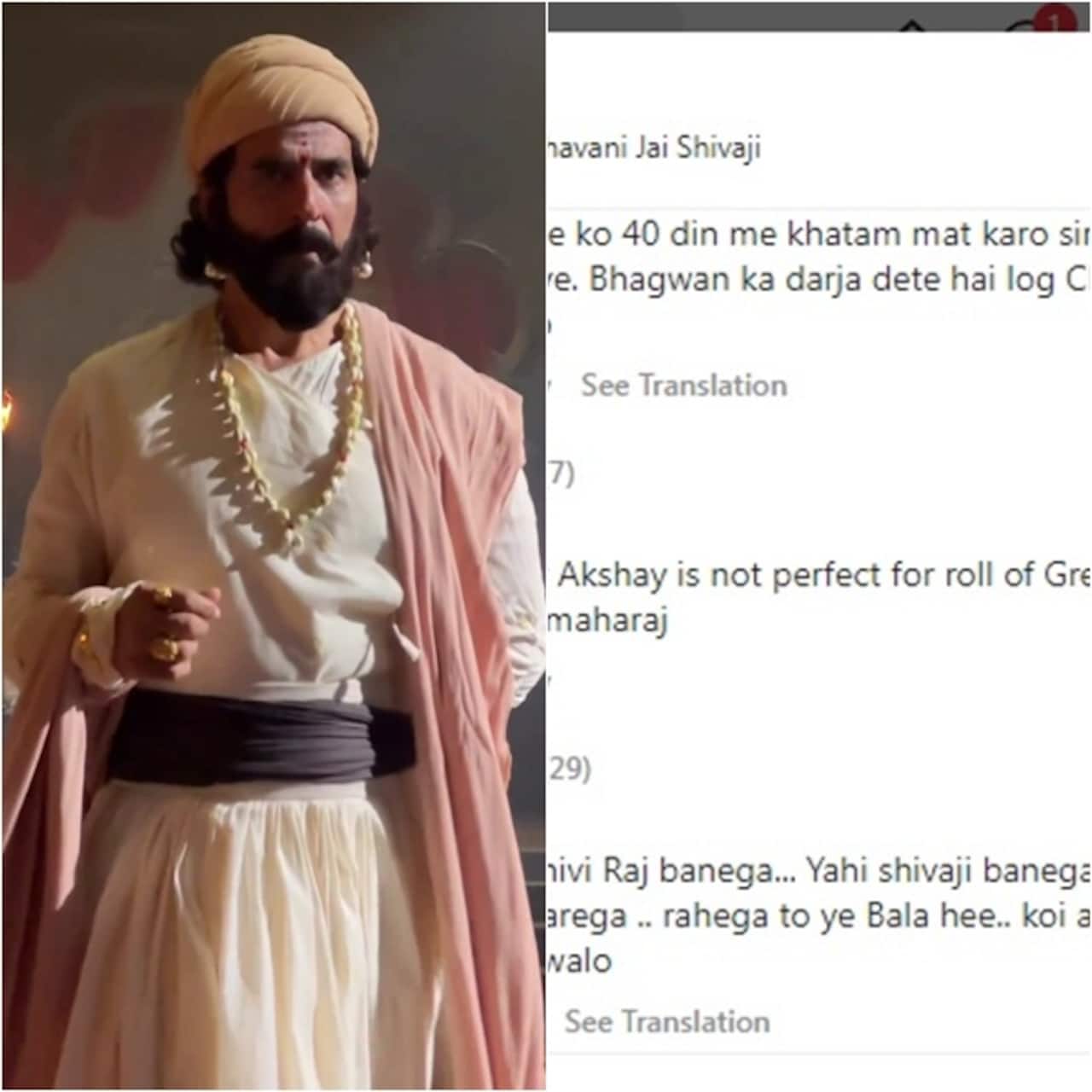 In the first look video, Akshay is seen dressed as Chhatrapati Shivaji Maharaj and walking towards the camera from his darbar. The video is backed by a dramatic background sound of people chanting Jai Bhavani Jai Shivaji. He is seen carrying an intense look as he walks the ramp. Also Read - Kartik Aaryan rents Shahid Kapoor’s sea facing lavish apartment in Juhu for Rs 7.5 lakh per month; check out more deets inside

However, many people couldn't relate to Akshay in the role of The Great Maratha King. Netizens started taking dig at the Khiladi Kumar for playing various historial characters and failing to look convince the audience. While some begged him not to finish the entire shoot in 40 days, some said that no matter Akshay plays Samrat Prithviraj or Chhatrapati Shivaji Maharaj, he will remain only Bala, the character he played in Housefull 4. Also Read - Athiya Shetty-KL Rahul's wedding preparations begin; cricketer's home gets decked up in lights [WATCH VIDEO]

Earlier in the day, Akshay made the film's announcement by sharing a photograph of himself looking at the picture of Chhatrapati Shivaji Maharaj. He wrote the caption in Hindi that he has started shooting for the film on Monday and is honoured to play the role.

The movie, produced by Vaseem Qureshi, is not just a story, or a war cry; it is the success story of the Hindavi Swarajya and the story of a glorious and selfless sacrifice like no other. The cast consists of Jay Dudhane, Utkarsha Shinde, Vishal Nikam, Virat Madke, Hardik Joshi, Satya, Akshay, Nawab Khan and Praveen Tarde. Directed by Mahesh Manjrekar, the movie is a Qureshi Production presentation and all set to release in cinemas on Diwali 2023 in Marathi, Hindi, Tamil and Telugu.