Akshay Kumar and Ajay Devgn will be seen together in Rohit Shetty's Sooryavanshi, which is set to hit the screens on March 24 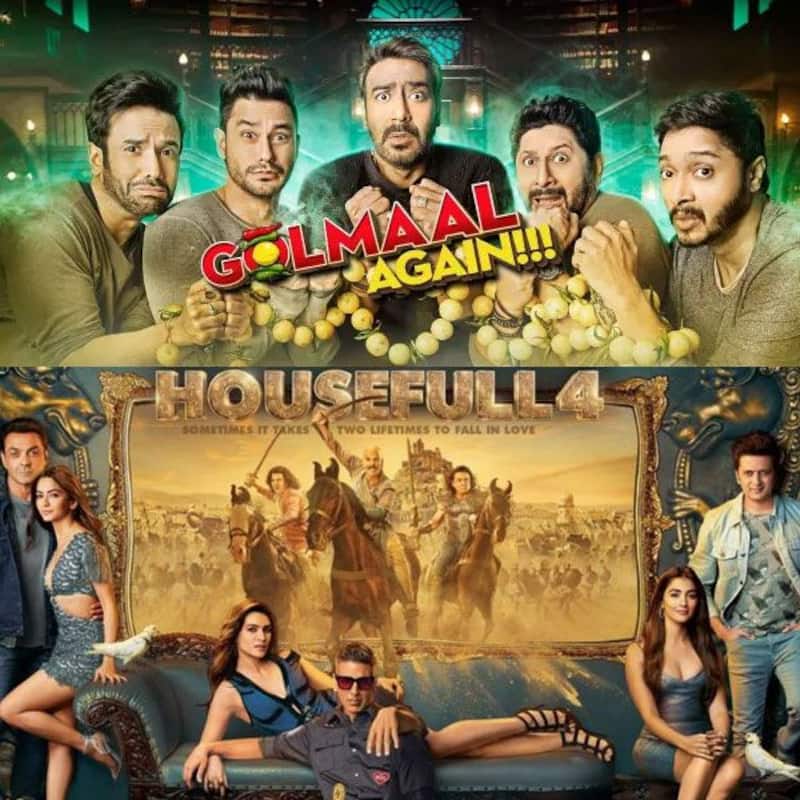 Akshay Kumar's Diwali release, Housefull 4, which turned out to be a huge box office success by earning more than Rs 200 crore is also enjoying a blockbuster running on TV. The reincarnation comic-caper has garnered 4.75 crore impressions after four screenings and has beaten the previous best Golmaal Again, which 4.56 crore impressions in its first 4 viewings. The only film, which is ahead of Housefull 4 is Baahubali: The Conclusion, which has 6.75 crore impressions in the first four screenings. Also Read - Fans react to Kartik Aaryan's post for Kriti Sanon; call the Shehzada co-stars 'Made for each other' [View Reactions]

Interestingly, there are many similarities in Golmaal Again as both are multi-starrers and were released during the festive weekend of Diwali. Both the comic capers entered the Rs 200 crore club at the domestic market and were clashed with other films during their releases. While Golmaal Again locked horns with Aamir Khan's Secret Superstar, H4 had clashed with Saand Ki Aankh and Made In China. Also Read - Happy birthday Kriti Sanon: Adipurush star to spend her special day with her Shehzada, Kartik Aaryan – here's how

Akshay Kumar is currently gearing up for the release of Sooryavanshi, which also has Ajay Devgn in a special role of Singham along with Ranveer Singh as Simmba. Akshay Kumar's character was announced towards the end of Rohit Shetty's 2018 directorial Simmba. Also Read - Kabhi Eid Kabhi Diwali: After Salman Khan and team refute reports he's ghost directing the film, DOUBTS raised over Farhad Samji pic circulated as proof? [Exclusive]

In Sooryavanshi, Akshay plays DCP Veer Sooryavanshi, who heads Anti-Terrorism Squad. When Rohit was asked whether the idea of Sooryavanshi came in his mind during the filming of Simmba, to which he replied, "I didn't think much about it. I knew it ('Simmba') will work and we will start another film on similar lines. I can show off by giving a long lecture on it but I felt that I should take this franchise forward and people will like it, so that's how I made it."

Asked if he took inputs from Maharashtra Police while making Sooryavanshi, the filmmaker said: "We did a lot of research. Many police officers helped us while making this film, and we acknowledge their contribution in the opening credits. I feel like I have created a brand for cop films. We just need to tell them that we are shooting for a certain film and they are instantly ready to help us.