Akshay Kumar's Rustom Vs Hrithik Roshan's Mohenjo Daro: Who won round one?

Akshay Kumar's Rustom and Hrithik Roshan's Mohenjo Daro are all set to clash when they release on August 12. To get an idea of the competition, we took a look at a few factors, to see which film won in round one of the clash...

The BIGGEST clash of the year is here...

Akshay Kumar's Rustom and Hrithik Roshan's Mohenjo Daro are two of the most anticipated films of the year as a lot of money is riding on each of them. However, both these biggies are set to clash at the box office as they release on August 12. Though both the films have different genres (Rustom is a film based on the Nanavati case, Mohenjo Daro is a period love story set during the Indus civilisation), it looks like they will hamper each other's collections as they clash. If you remember, last year a similar situation played out when Dilwale and Bajirao Mastani clashed. Between these two biggies, Bajirao Mastani outperformed Dilwale. So who will outperform the other - Rustom or Mohenjo Daro? Also Read - From Bell Bottom to Raazi: These 5 spy thrillers on OTT platforms will keep you hooked to the screens

To get an idea of the competition, we took a look at a few factors, before the release of the films, to see which film won in round one of the competition... Also Read - From Akshay Kumar, Shilpa Shetty Kundra to Deepika Padukone: 8 Bollywood celebs who don't drink

The first factor that we are taking into consideration is the time of completion. Though Mohenjo Daro completed their shoot on April 9 and Rustom on April 15, Akshay just took 45 days to finish the film, while Hrithik took 101 days. Thus, Akki emerged as a clear winner. 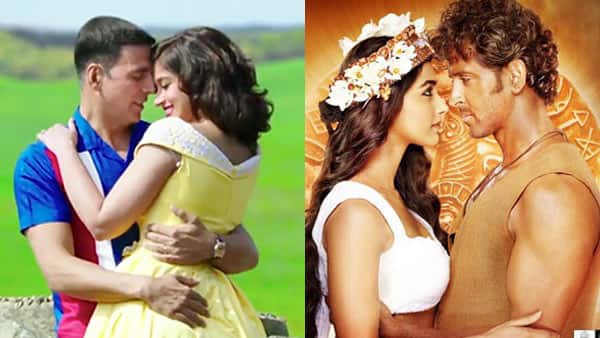 The second factor we are looking at is the number of views the films' trailers have received. Here again we see Rustom beating Mohenjo Daro hands down. Even though the latter released their trailer on June 20, it has received 12.76 million views till now. On the other hand, the former film released its trailer on June 29 and still managed to receive 13.54 million views.

Lastly, we looks at the number of views the full audio jukebox has managed to garner. Mohenjo Daro released their audio track on July 5 and garnered 731K views, while Rustom put out their jukebox on July 13, which has only garnered 387K views. Finally, Hrithik gets one point!

Verdict: Akshay Kumar's Rustom BEATS Hrithik Roshan's Mohenjo Daro to win round one hands down. However, this is just the first round and anything can happen when the films release. Content is KING and that will decide the outcome of this battle. So stay tuned till August 12. Till then tell us about your thoughts about Akshay's win over Hrithik in round one in the comments section below!