On work front, Akshay Kumar will be next seen in Toilet - Ek Prem Katha.

Akshay Kumar had been bogged down with work for quite some time now. Finally he has got an opportunity to take a break, and spend some quality time with his family. Akshay is off for his annual family trip already, and will be spending the next few weeks in Florida. He was spotted with his son Aarav at the airport last night, as the two left for Tampa where they will spend four days together, and be later joined by Twinkle Khanna, Nitara, and Dimple Kapadia. Bur what caught our attention in these pics clicked last night, is how tall has Aarav grown. Seriously, don't forget to notice that Aarav has grown taller than his dad, and he is just 14-year old. Well, he can easily borrow clothes from his dad's wardrobe now. How cool is that! Aarav is sure growing to be a typical Punjabi munda with good built. 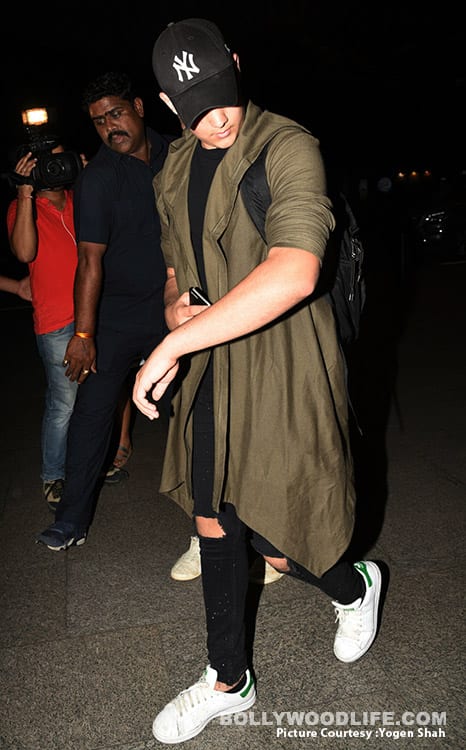 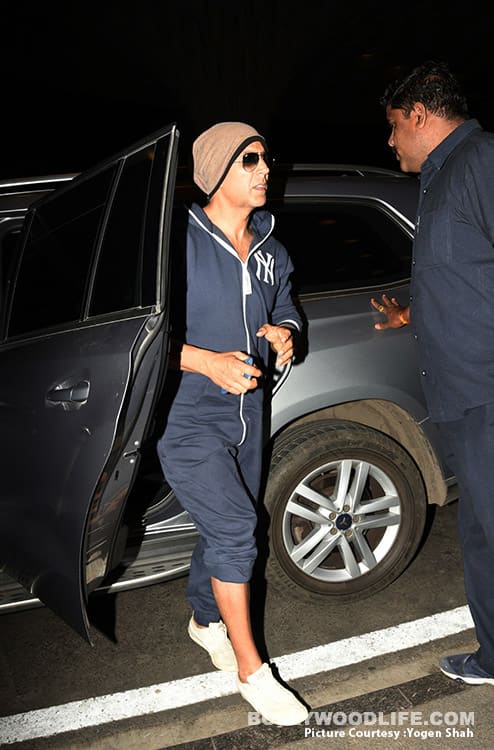 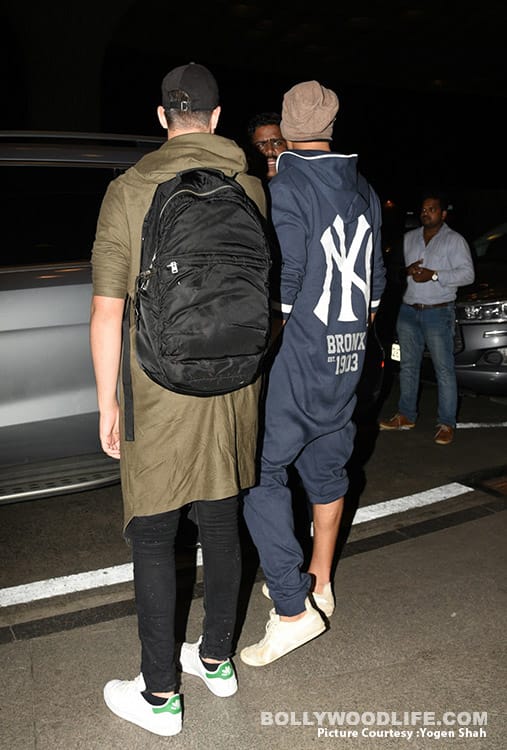 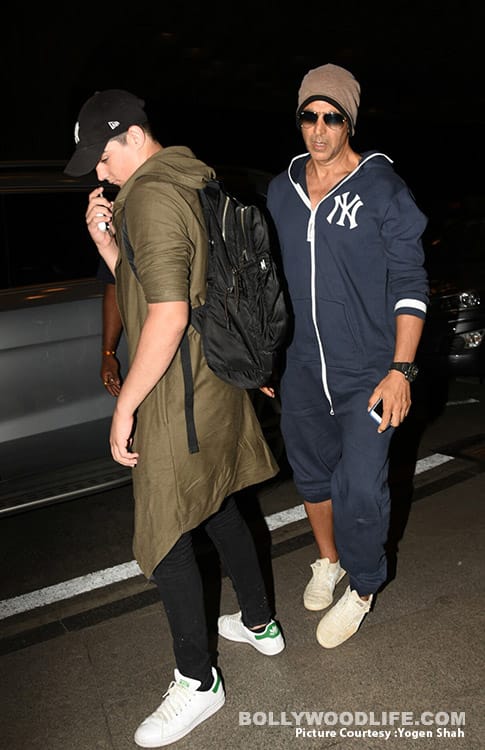 In an interview with Mumbai Mirror, Akshay, who has a tattoo of his son's name on his shoulder, revealed a few tidbits of his travel plans with Aarav. "The first eight days of our vacation have been reserved for some father-son bonding. Aarav and I will be in Tampa, Florida, where we intend to drive around a couple of beach destinations. We will also indulge in some adventure sports like surfing, and snorkelling. There is an itinerary in place but I also intend to add some surprises to the trip along the way. I had always wanted to do this and Aarav was game for it!" he said. Also Read: Salman Khan's ex manager Reshma Shetty to handle Akshay Kumar now - read details
On work front, Akshay Kumar will be next seen in Toilet - Ek Prem Katha. The movie stars Bhumi Pednekar as the female lead, and is a social drama based on Swacch Bharat Abhiyaan. The actor is also currently shooting for R Balki's Pad Man, which has Radhika Apte playing the female lead. Then he will be seen playing the villain in Rajinikanth starrer 2.0, which is the sequel of the hit Tamil film, Enthiran. With 2.0, Akki will be making his big debut in South Indian film industry. The shooting of the film has wrapped up and the post production work is in progress. The movie is slated to release in January 2018.
Also Read - From Suhana Khan and Shanaya Kapoor to Janhvi Kapoor and Aarav Bhatia – 10 star kids and their jaw-dropping transformations Stay tuned to BollywoodLife for the latest scoops and updates from Bollywood, Hollywood, South, TV and Web-Series.
Click to join us on Facebook, Twitter, Youtube and Instagram.
Also follow us on Facebook Messenger for latest updates.
Advertisement