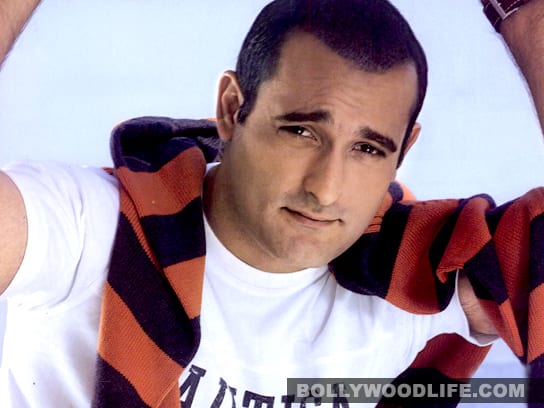 The Gali Gali Chor Hai actor, who turns 37 today, has gone into oblivion lately. With no release lined up in the near future, we wonder when we will get to watch him create magic on the big screen again

Fifteen years ago, Akshaye Khanna started his career with Himalaya Putra - it was a launch most newbies dream of. Wonderful songs, big budget, backed by his father Vinod Khanna. Sadly, it just didn't do well. His next film Border was a mega success and his performance was appreciated by one and all. He even won the Filmfare Best Debut Award. Post that, he sang, danced, romanced and fought like the typical Bollywood hero in films like Mohabbat, Kudrat, Love You Hamesha, Aa Ab Laut Chale and Taal. But it was his portrayal of the somber artist Siddharth in Dil Chahta Hai that proved his talent as an actor. It was the first film where he dared to flaunt his receding hairline too. With that film we hoped Akshaye would veer towards the slice of life, mature dramas than commercial masala movies. But nada, by then Akshaye had shifted focus to comedies like Hungama, Hulchul and thrillers Humraaz, Deewangee, 36 China Town which let him sail through the late '90s and early 2000s. A few years later, in 2007, Akshaye’s acting chops shined brightly again in Gandhi My Father. Also Read - Fathers Day 2022: Sridevi, Madhuri Dixit, Aishwarya Rai, and more Bollywood heroines who romanced both father and son on screen

Unfortunately, though, it didn’t give any push to his career. Instead he went on to do far and few films and sometimes even supporting roles in plum projects - Aaja Nachle, No Problem and Tees Maar Khan. Akshaye was last seen in Rumi Jafry’s corruption-driven drama Gali Gali Chor Hai. Despite the film revolving around a hot topic, the mature-looking actor’s career has gone cold. Akshaye has proved several times that he can carry off villainous and positive roles with equal elan. We at Bollywoodlife wish him a happy birthday and hope the coming year will bring him much-deserved critical and commercial success. Also Read - Raksha Bandhan vs Laal Singh Chaddha: Here's how Akshay Kumar faired in clashes with Shah Rukh Khan, Aamir Khan, Ajay Devgn