Ali Zafar wants Shah Rukh Khan to avoid working with him, but he is keen to work with Shehnaaz Gill: 'Wahan pe aise hi mushkilein...'

When Ali Zafar was asked if you would want to collaborate with Shah Rukh Khan, he said that it would not be beneficial for the King Khan since he might get into trouble in his home country. 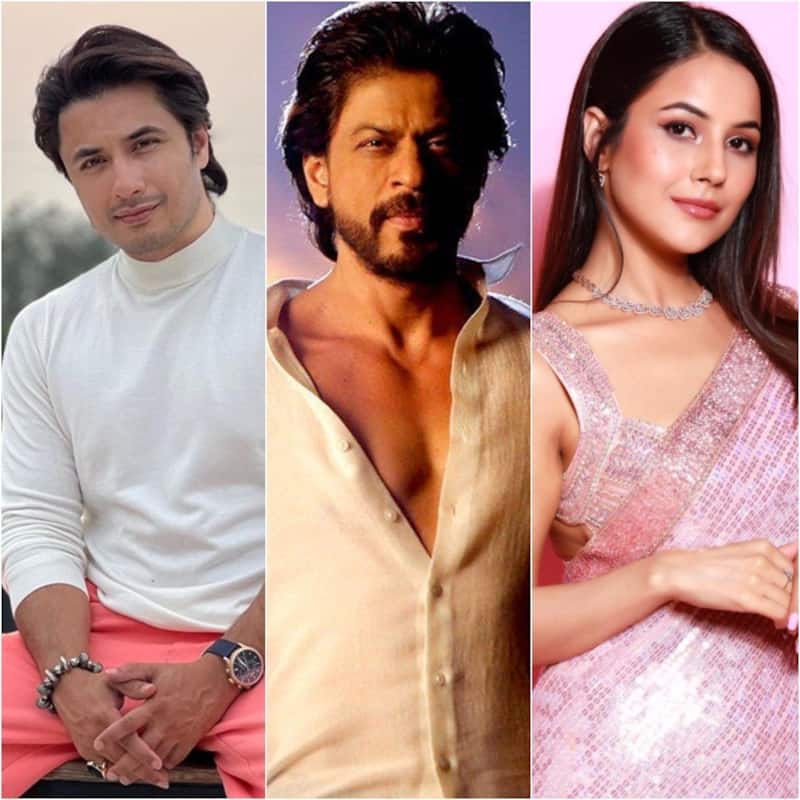 Pakistani singer-actor Ali Zafar made his Bollywood debut with Tere Bin Laden in 2010. He later went on to work in Mere Brother Ki Dulhan, Chashme Baddoor and his Bollywood film was Dear Zindagi. When Ali was asked if you would want to collaborate with Shah Rukh Khan, he said that it would not be beneficial for the King Khan since he might get into trouble in his home country. Also Read - Fawad Khan, Ali Zafar, Mahira Khan and more Pakistani celebs who worked in Bollywood films and won Indian fans over

Though Ali was seen playing Alia Bhatt's love interest in Dear Zindagi, he did not share the same frame with Shah Rukh Khan in the film. After the Uri terror attack in September 2016, Pakistani artistes were banned by the Maharashtra Navnirman Sena from working in Bollywood. It was also reported that Ali would be removed from Dear Zindagi but fortunately for him, it did not happen. Also Read - Richa Chadha reacts to tweet that tagged Pakistani singer Ali Zafar instead of Ali Fazal about her wedding date reveal

During his recent interaction with Connect FM Canada, Ali said that he wants SRK to avoid working with him given the current political tension between the two countries. "Yaar abhi philhal to wo mere se na hi collaborate karein. Wahan pe aise hi mushkilein badh jaati hain," Ali said. However, Ali showed his interest in working with Shehnaaz Gill and made an appeal to her that he would love to collaborate with her on one of his songs. Also Read - Trending Entertainment News Today: Kangana Ranaut questions Karan Johar over Brahmastra collection; Kartik Aaryan-Sara Ali Khan engage in deep chat and more

After the Pulwama terror attack in 2019, the All Indian Cine Workers Association had announced a total ban on Pakistani artistes. Bollywood films that were already shot with Pakistani actors such as Mahira Khan in Raees and Fawad Khan in Ae Dil Hai Mushkil among others, were kept intact. Since then, no Pakistani artiste has worked with the Hindi film industry.