Alia Bhatt is currently in Bulgaria shooting for her next film Brahmastra.

Alia Bhatt is currently in Bulgaria shooting for her next film Brahmastra. She is accompanied by her director Ayan Mukerji and co-stars Ranbir Kapoor and Mouni Roy. As per reports, they will be shooting for a long chase sequence on the streets of Bulgaria. We can assume that the cast is having a ball of a time shooting for this project. Alia took to her Instagram and shared a page from Brahamastra diaries with her fans. In the picture she has posted, she recreates an iconic romantic pose from a popular Hollywood film - Eternal Sunshine of the Spotless Mind. Also Read - Shocking and honest confessions by Bollywood actresses that went viral!

In the picture, you can see Alia with her director Ayan lying on a frozen patch of land with her hands spread out. Yes, the cast and crew of Brahmastra are shooting the film in subzero temperatures. It might not strike right away, but once you read the caption of the pic you will realise that the two celebs are recreating the poster of the Hollywood film. Eternal Sunshine of the Spotless Mind stars Jim Carrey and Kate Winslet. In one of the most iconic scenes, the two actors lie down on a frozen lake and stargaze. The scene was even used for the promotional posters of the film. How cool! Also Read - From Bell Bottom to Raazi: These 5 spy thrillers on OTT platforms will keep you hooked to the screens

eternal sunshine of the spotless mind ? 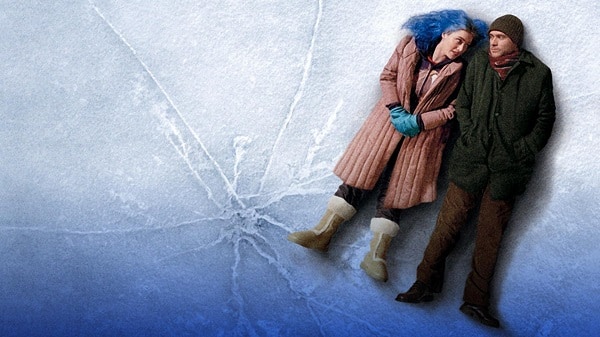 The title Eternal Sunshine of the Spotless Mind comes from a poem by Alexander Pope titled Eloisa to Abelard. The excerpt from the poem goes like this..."How happy is the blameless vestal’s lot! The world forgetting, by the world forgot. Eternal sunshine of the spotless mind! Each pray’r accepted, and each wish resign’d" Alia's BFF Akansha Ranjan Kapoor also commented on the pic with the last line of the poem.

Apart from Brahmastra, Alia will soon be seen in Drama Productions' Raazi with Vicky Kaushal. The movie has been directed by Meghna Gulzar and is based on the book Calling Sehmat. Alia is also shooting for Zoya Akhtar's Gully Boy which also stars Ranveer Singh and Kalki Koechlin.