Alia Bhatt and Shraddha Kapoor NOT on talking terms?

While Alia Bhatt is gearing up for Udta Punjab opposite Shahid Kapoor. Shraddha Kapoor just delivered a 100 crore blockbuster- Baaghi...

Here's an EXCLUSIVE update on the same and you so cannot afford to miss it. Read on...

Turns out Alia Bhatt and Shraddha Kapoor are the newest rivals in the industry. Yes! While many might have failed to notice this 'untold' cold war. Our source EXCLUSIVELY reveals to us how both the actresses have not talked to each other for the longest time. In fact, it is being said there are more issues coming from Alia's side this time. Can you believe it? Also Read - From Urvashi Rautela to Sunny Leone: 5 Bollywood actresses who posed topless in their dare to bare photoshoots

According to our sources, Sid and Shraddha were in talks for a film however, Alia didn't want boyfriend Sidharth Malhotra to sign a film opposite Shraddha considering they had got quite over-friendly during Ek Villain. Whoa now that's some huge fall out isn't it? Also Read - BTS's Jungkook, Alia Bhatt, Kylie Jenner and other stars who are hooked to 90’s bucket hat trend - view pics

Now we dunno how far is this going to go but this reminds us of the good times when Alia and Ms Kapoor would hang out together and talk highly of each other in interviews. For instance this one back in June 2015 when Shraddha had gushed over Alia saying, "Alia and I share a special bond. I am really fond of Alia. She is very sweet and easy-going. If I have to go somewhere, I message Alia and ask her if she’s going, then we might go together. She does the same whenever we go for screenings. We’re always in touch with each other. At parties, we try to find company in each other,” Aww! Also Read - Trending entertainment photo gallery: Alia Bhatt, Kangana Ranaut, Vicky Kaushal, Saira Banu and more celebs viral pictures of the day 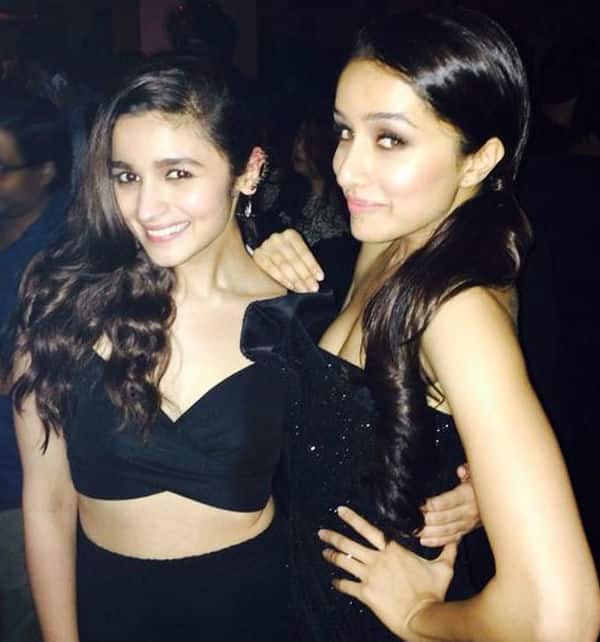 Same was the case even with Ms Bhatt. She used to tweet 'big hugs' to Shraddha on birthdays or ahead of her film releases. However, with this latest update on their fall out, we are as shocked as you are. Do you think they'll resolve their issues and get back on talking terms. Drop your thoughts in the comments below and stay tuned for more updates on this exclusive story.