Where are the two love birds flying off to? Read on to find out!

Sidharth Malhotra, is the new busy man of Bollywood. The actor is all set to showcase his rage through mighty kicks and punches in his upcoming next, titled Brothers. The hunk will be seen opposite Akshay Kumar and the two give us some of the good old school sibling rivalry, in a wrestling ring! The film also stars Jacqueline Fernandez and Jackie Shroff. The Brothers team recently unveiled the trailer of the film at the launch event and soon it was party time for the folks. Akki, Sid and Jackky were seen celebrating the response to the trailer at Kjo's house. Also Read - From Vijay Deverakonda to Rashmika Mandanna: THESE South biggies are set to amaze the B-Town audience with their Bollywood debuts

We recently informed you that the trailer hit a 1 million views in no time and the Brothers team is surely on a roll! Sid knows how to party hard but that doesn't mean he ignores work. The actor is as professional as it gets and was seen boarding his flight to Conoor this morning, as he has to resume his shoot for Kapoor & Sons Since 1921. Also Read - Deepika Padukone, Alia Bhatt, Kareena Kapoor Khan and 7 more Bollywood beauties who left their education mid-way for a career in Bollywood

The actor has a rather interesting company on board - his rumoured ladylove Alia Bhatt! No peeps, the beauty is not accompanying her boyfriend for kicks but is very much a part of the film, as we all know. Sid tweeted this adorable picture of the two with a post reading," Cunoor bound with clear #brothers hangover #kapoorandsons @aliaa08" Also Read - Rhea Chakraborty, Alia Bhatt, Disha Parmar and more celebs from Bollywood and Television industry were trolled this week – find out why 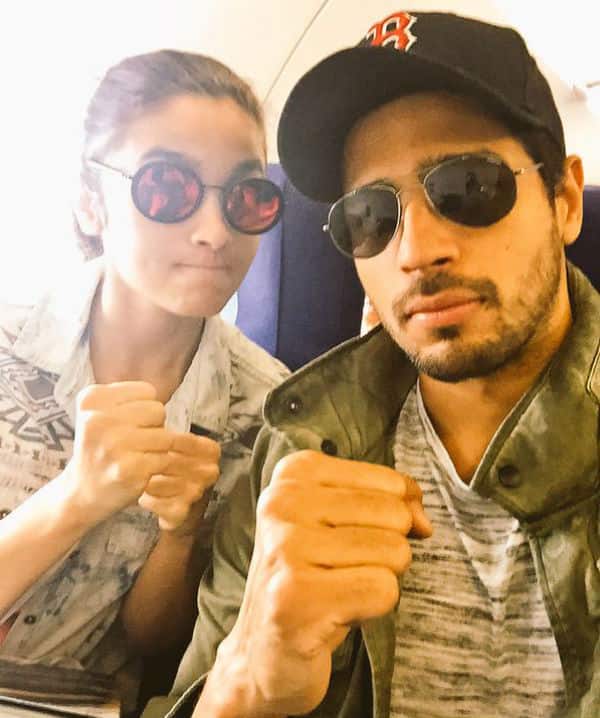 Sid clearly partied A LOT last night eh? We love the punching pose the two are seen giving us. The rumoured love birds may not accept their relationship but one can't overlook their chemistry . We hope the two had an amazing fight. As for their love, well it's literally in the air!