After wrapping up a schedule of Brahmastra, Alia was in mood for some fun with her gang!

Alia Bhatt is the big thing in Bollywood. Apart from her acting prowess that needs no introduction, it is her candour and candidness that makes her an instant hit. A star in every right, yet relatable, Alia has always been a youth icon and it's hard not to gush. Even so when she lets her guard down, it's the tongue-in-cheek vibe that we dig. And naturally, the same reflects whenever she steps out. In fact, the actress was recently snapped in the city before/after a catch up sesh with her BFF Akansha Ranjan Kapoor and her other girlies and boy, did she look chic! That's right Alia went for a date night with her squad after wrapping up another schedule of her upcoming film Brahmastra with beau Ranbir Kapoor. (Also Read: Brahmastra: Alia Bhatt posts a picture with director Ayan Mukerji after the schedule wrap and we are missing Ranbir Kapoor) Also Read - Neetu Kapoor wishes her 'heartbeat' Ranbir Kapoor with an endearing pic featuring Alia Bhatt and Riddhima Kapoor Sahni

In fact, Alia also shared a picture of from the night and well, it will make you call up your girl gang right away. While sharing the snap she wrote, 'Formalities' and we know she means otherwise. Check out her picture here. Also Read - 7 times Shamshera star Ranbir Kapoor made headlines for his fall-out with Bollywood celebs

Here's another snap from the same and just look at the smiles! Also Read - When Deepika Padukone spoke up openly about Ranbir Kapoor's infidelity, called herself 'foolish' for trusting him 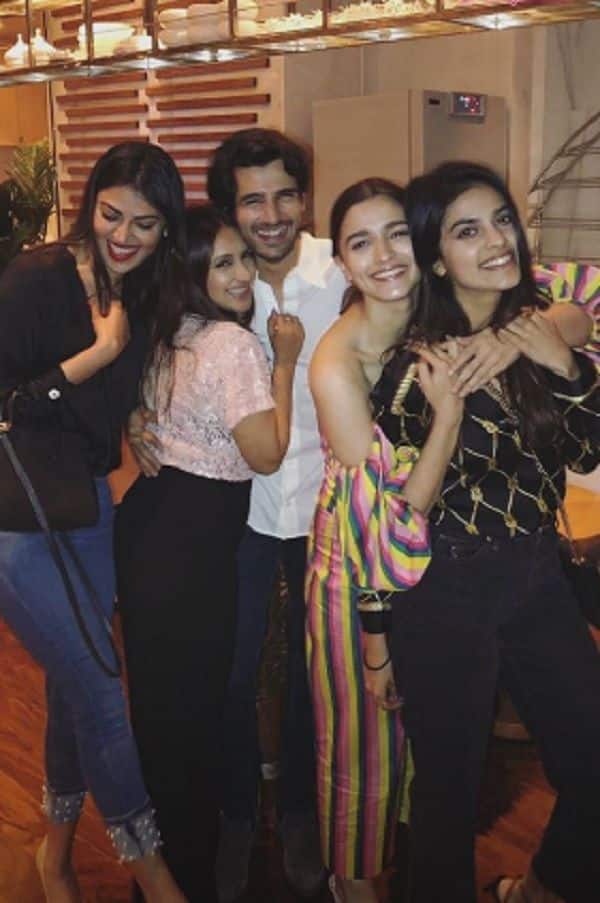 Alia surely deserved this down time with her gang after all the stunts she has been pulling for the Ayan Mukerji directorial. Apart from the lead pair, the cast of the film also includes Amitabh Bachchan in a prominent role. Earlier, while speaking about his "dream project," Mukerji had said, "I will not be able to give information right now but all I can say is, this film is a modern day film. It is set in India as it exists today but the name of the film is called ‘Brahmastra’ because the energy, wisdom and powers in the film come from ancient India. As far as costumes are concerned, there are some which may not be the way you would expect them to be."