Alia Bhatt, Kangana Ranaut, Shraddha Kapoor or Anushka Sharma – who is your favourite actress in the first half of 2017?

Vote and let us know whose performance impressed you the most.

In 2017, a Hollywood movie called Wonder Woman showed the world that a female superhero, directed by a female director can deliver an awesome kickass movie that would even better its male counterparts (Man of Steel and Batman V Superman: Dawn of Justice). At the same time, closer home in Bollywood, we seem to be struggling to have a good movie revolving around a female character, even in 2017. In fact, two of the strongest female characters, that we have seen in Indian cinema this year, was in Baahubali 2, a Telugu movie. Both Devasena and Sivagami were thoughtfully etched characters that actually form the crux of the epic drama. And yet, the former still needed male support while the latter turned out to be blinded by her love for her son. Also Read - Disha Patani, Anushka Sharma, Mira Rajput Kapoor and more: Vacation pictures of Bollywood stars that will leave you green with envy – view pics

It’s not that we didn’t have any strong female characters this year in Bollywood, but either they are not backed by a strong movie or premise (Begum Jaan) or they are overshadowed by the male performer to save the day (Naam Shabana). We still need to see a strong role like Alia had in Udta Punjab and Dear Zindagi in 2016, so here's hoping that the second half of 2017 will provide us with that. Meanwhile, here are 7 female performers who impressed us in the first half of 2017. Also Read - Not Virat Kohli but Anushka Sharma turned muse for THIS Bollywood actress in UK 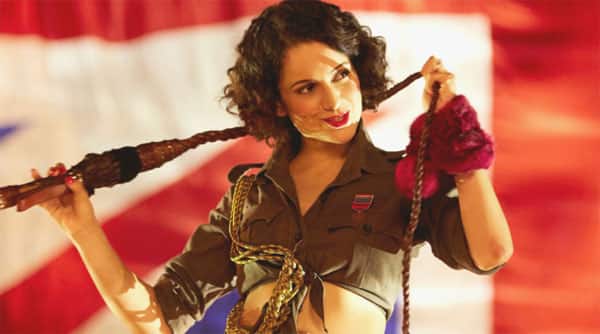 Rangoon was a disappointment...be it about meeting our expectations or that of the box office. But it is hard to find any flaw with Kangana Ranaut’s performance in the movie, as she overshadows both her heroes (Shahid Kapoor and Saif Ali Khan) with a terrific performance. Playing an actress of the ’40s during the World War II and modelled after the late Fearless Nadia, Kangana tackles both badassery and brittleness in her role. 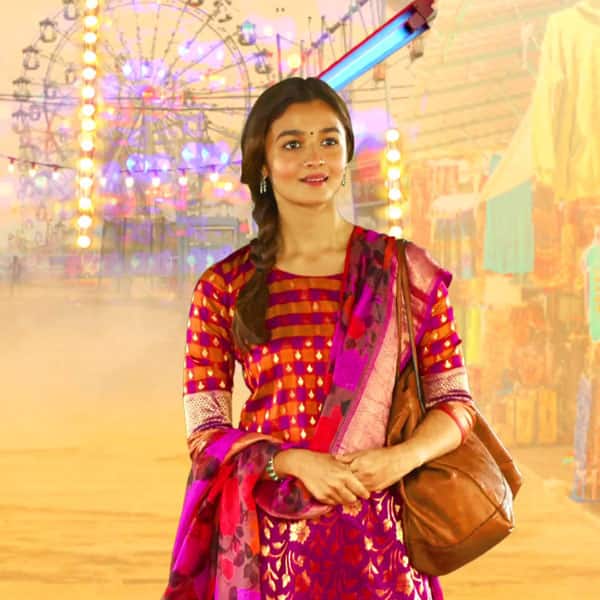 While Varun Dhawan had the more crowd-pleasing role with a better arc in the social romcom with a message, Alia Bhatt had a stronger role as the girl who refuses to bow down to social norms, instead she goes about chasing her career. And Alia Bhatt, once again, showed why she is one of the most talented actresses we have in Bollywood, nepotism be damned. 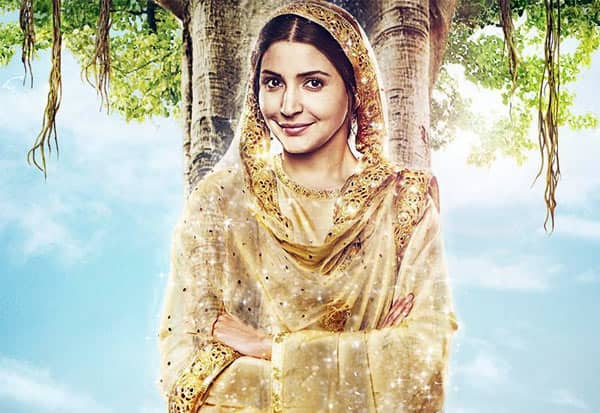 Like Rangoon, even Phillauri proved to be quite a disappointment in both pleasing the critics and the box office. But Anushka Sharma’s performance as the friendly ghost as well as the lovelorn Punjabi girl living in the pre-independence Punjab, is worth writing home about. The scene where she reveals to her friend about her lovemaking revelry is perhaps one of the best-enacted scenes of Anushka’s career.

Swara Bhaskar in Anaarkali of Aarah 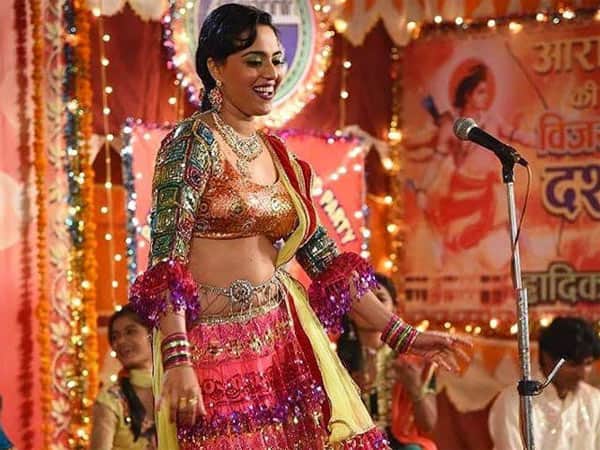 We had previously done a feature about the overlooked movies of the year, where we talked about Anarkali of Aarah. While the social drama does suffer from average direction, it’s Swara Bhaskar’s towering performance that elevates the movie to a new high. When ‘safe’ actresses end up doing some really shitty movies in recent times, we have to appreciate Swara for taking on roles that mainstream actresses would think twice for. 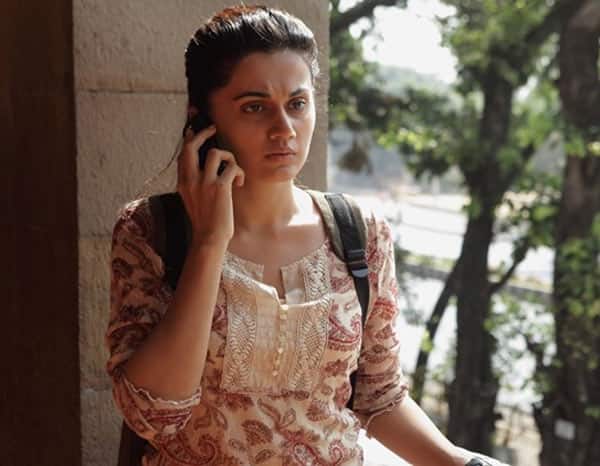 Taapsee Pannu’s cameo in Baby was one of the best scenes of the movie, so we were quite gung-ho about the spin-off, based on her character. Naam Shabana wasn’t exactly as brilliant as we expected, but Taapsee’s commitment to her role was quite commendable, especially in the action sequences. Though life would have been better if she showed some sort of smile on her face at least on a couple of occasions… 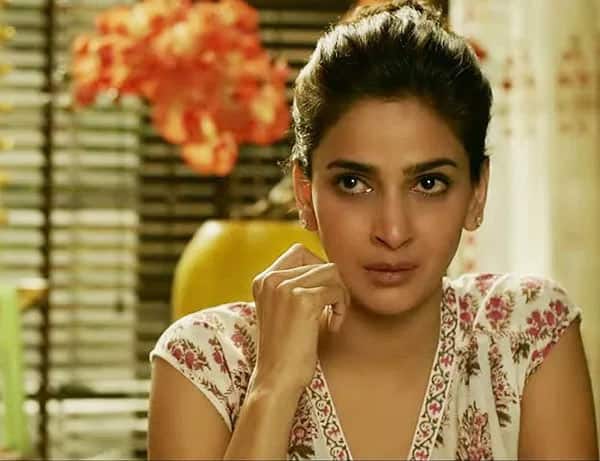 Before I entered the theatre screening Hindi Medium, I had some reservations about Saba Qamar, as Pakistani actresses who entered Bollywood before her like Mahira Khan, Humaima Mallick, Mawra Hocane, Veena Mallik, had failed to make an impact. Thankfully, not only did Saba Qamar gave a fine performance, she was quite confident performing opposite the acting heavyweight called Irrfan Khan. Unfortunately, due to the ban on Pakistani actors by Bollywood, we won’t be seeing her in another Bollywood movie any time soon.

Shraddha Kapoor in Half Girlfriend/Ok Jaanu 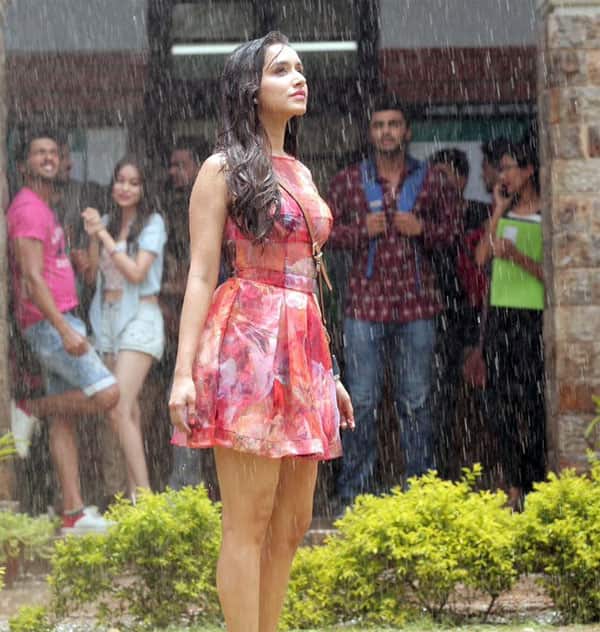 Shraddha Kapoor’s box office performance is still in the struggling phase ever since Rock On 2 flopped. OK Jaanu was a disaster, but Half Girlfriend had a great start at the BO despite scathing reviews. But in both the movies, Shraddha Kapoor gave quite a credible act, even though they didn’t challenge much the performer in her. Perhaps her upcoming movie, Haseena, can change that!

Agree with our choice of performers? Vote and let us know whose performance impressed you the most.