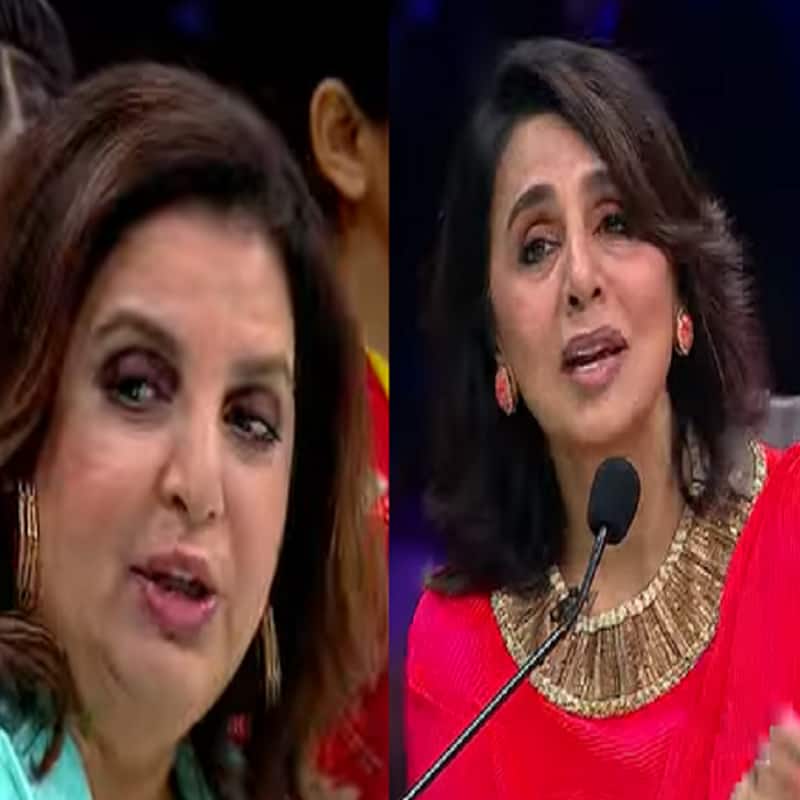 Alia Bhatt announced her pregnancy just a few days ago and took the internet by storm. The lovebirds Alia Bhatt and Ranbir Kapoor got married just 2 months ago on April 14, 2022. And her pregnancy news came as a pleasant surprise to her family, members and fans. While the entire Bhatt and Kapoor family is celebrating this happy news, even Bollywood celebs close to the couple are showering all the love and congratulatory messages on them. Farah Khan who shares a great bond with Alia and Ranbir was seen saying to Neetu Kapoor on a dance reality show that she feels Chintu Ji (Rishi Kapoor) is coming back, Neetu Kapoor reacted to this by saying that it's the happiest news of her life. Also Read - Jug Jugg Jeeyo success bash: Kiara Advani gets massively trolled as she ditches pants for a long blazer look; netizens say, 'Didi pant toh pehen lo'

Neetu Kapoor who is the judge of the kids dance reality show got all the congratulatory messages from co-judge Farah Khan to host Karan Kundrra on the happy news of Alia Bhatt becoming mommy and her being a dadi soon. In the video, we can also see how one of the contestant's moms gives Neetu ji black dhaga to protect Alia from evil eyes. Neetu was overwhelmed with all the love and sweet gestures. Also Read - Ahead of Sussanne Khan-Arslan Goni wedding, here's a list of Bollywood divas who found love again and married for the second time

Alia Bhatt is right now in London shooting for her Hollywood debut film Heart Of Stone. She is also waiting for the release of her most ambitious film Brahmastra along with hubby Ranbir Kapoor. Alia will also be soon starting her road trip film Jee Le Zaraa along with Katrina Kaif and Priyanka Chopra. While she will also be seen next in Rocky Aur Rani Ki Prem Kahana - a Karan Johar directorial with Ranveer Singh. As Alia announced her pregnancy news there were reports that she will be taking a rest during her pregnancy and Ranbir will be picking her up from London. Alia slammed these reports and said that she isn't a parcel and doesn't need any rest. And requested if people can move on from this archaic patriarchy.