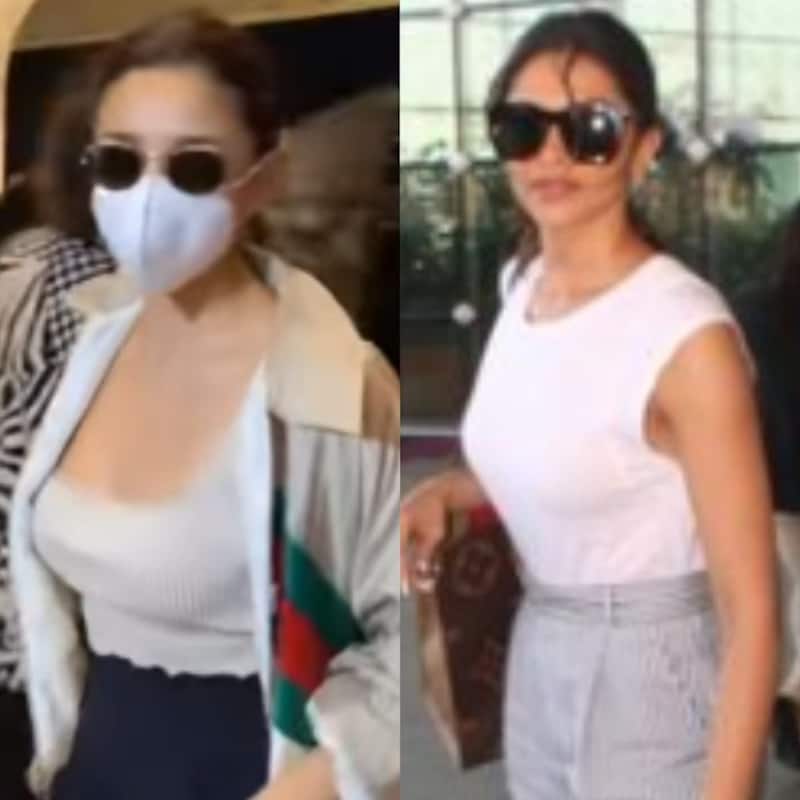 Alia Bhatt who recently tied the knot with Ranbir Kapoor is off to Doha. The actress was seen last night at the airport departing for the UAE. She wore black palazzo pants, ganjee and an oversized Gucci shirt. The actress carried a big Celine tote with her. The look is very similar to Deepika Padukone's recent airport looks. Fans also noticed this. Even her hair was done in the style of the Gehraiyaan actress. A fan commented, "Literally copying Deepika wtf?!! and another one wrote, "Copying Deepika clearly". It is obvious that she has not won any points for being original here. Also Read - Bigg Boss 16 Promo: Nimrit Kaur Ahluwalia gets pissed with her father as he advices her to step out of 'mandali'; actress cribs, 'Aap hamesha mujhe...'

Some days back, Deepika Padukone was seen at the airport in a pair of striped pants, a white sleeveless top and a huge Louis Vuitton tote. She also wore palazzos. No wonder people felt the two looked a lot similar. Deepika Padukone did not attend the wedding party of Ranbir Kapoor and Alia Bhatt. She was away in Italy for the Louis Vuitton event. Alia Bhatt resumed work immediately after her marriage. She headed to Delhi for the shoot of Rocky Aur Rani Ki Prem Kahani. This is the return of Karan Johar as a director. Also Read - Trending Entertainment News Today: Pathaan trailer takes over internet, RRR star Jr NTR's American accent, Sidharth Shukla's mom's viral pic and more

Deepika Padukone has a couple of big projects in hand like the remake of The Intern and Project K. The latter is one of the biggest films of Indian cinema. Amitabh Bachchan and Prabhas are the leading men of the movie. Now, Disha Patani has also joined the project. Alia Bhatt's Gangubai Kathiawadi is trending globally on Netflix. Also Read - Pathaan star Deepika Padukone to Kareena Kapoor Khan: Bollywood divas who went bold in backless outfits for movie posters