Alia Bhatt and Shaheen Bhatt twinned as characters from the film Inside Out.

One of the most successful and loved films of 2015 was Inside Out. The animated film, more than kids, ended up attracting grown ups. There have been numerous stories of adults breaking into tears on watching the film. Even Alia Bhatt and her sister Shaheen Bhatt are big fans of the Academy Award winner. The sisters were spotted at the airport, twinning as two major characters from the film. Alia was wearing a sweatshirt with a print of Anger on it, while Shaheen's choice was Sadness. The two looked lovely and adorable in their twin outfits. Varun Dhawan also accompanied the two, and he also chose an animated character on his sweatshirt. The Badlapur actor wore a Minion print Tee. Ok clearly, animated characters are in style right now. Also Read - RRR trailer: SS Rajamouli announces a new release date of Ram Charan and Jr NTR's magnum opus 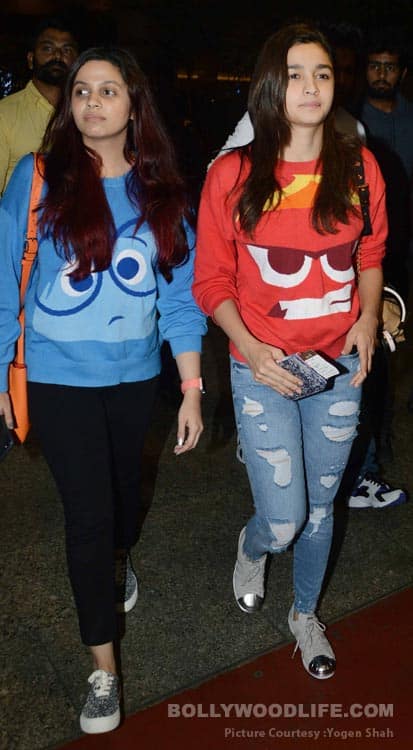 Alia and Shaheen also took to their Instagram and share the pictures of their twinning. Alia wrote along with the picture "And on a separate note twinning with the sister wearing two major emotions that dominate our lives! #InsideOut #anger & #sadness". Ok! Alia Bhatt and anger, we so did not know that! Also, Shaheen is looking so cute as Sadness. Can we please know from where these sisters got these cool-ass sweatshirts! I can totally use a Fear sweatshirt. Also Read - Brahmastra: Ayan Mukerji shares a fiery picture of Ranbir Kapoor, gives a hint about the movie's release date 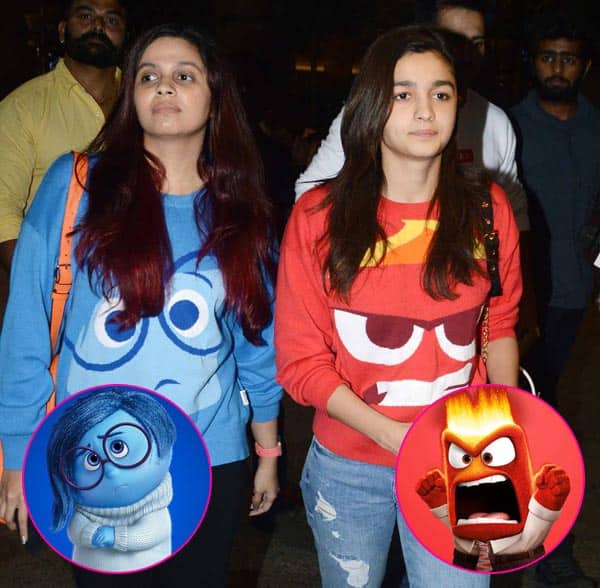 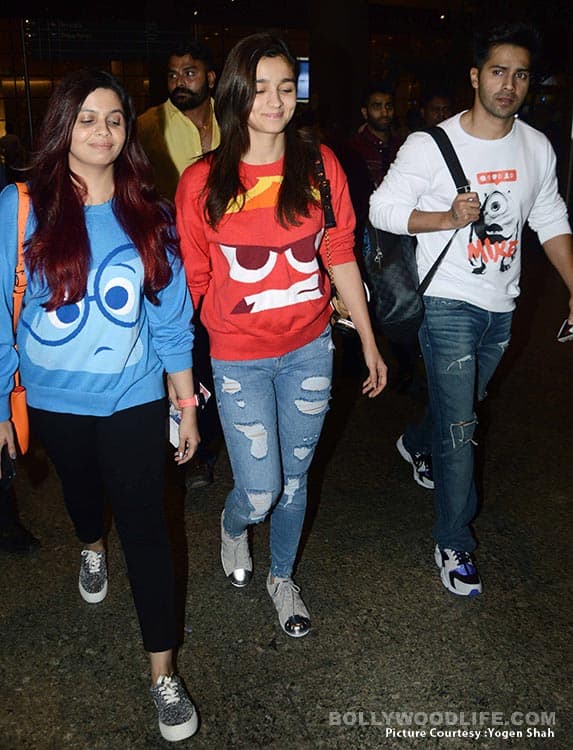 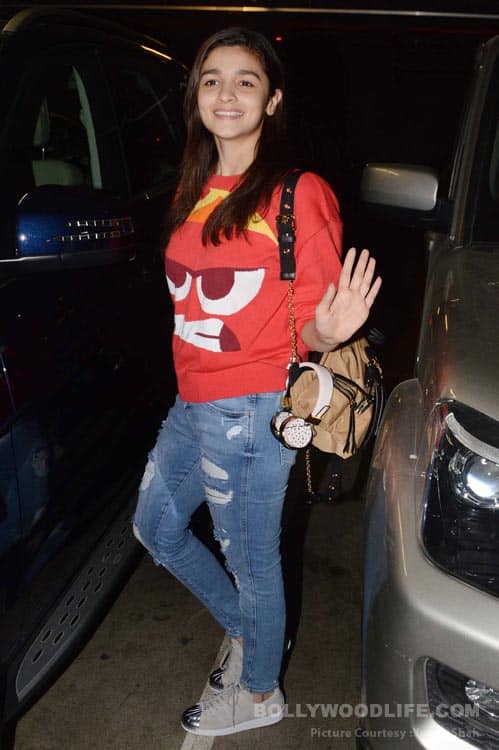 Alia is currently shooting for Badrinath Ki Dulhania with Varun. The two actors returned from Singapore after finishing their shooting schedule. Alia also has Dragon with Ranbir Kapoor in the pipeline. The superhero film will be directed by Ayan Mukerjee.