The mommy-to-be Alia Bhatt stepped out for a walk by herself outside Heart of Stone set and her happiness was quite evident from her smiling selfie. Netizens couldn't help but notice the pregnancy glow on her face. 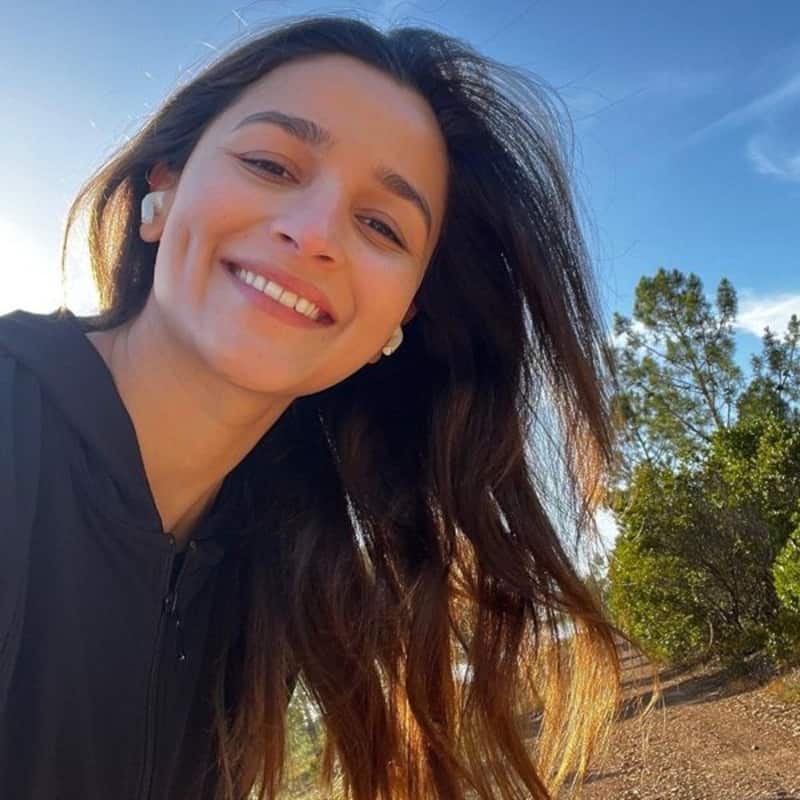 Just a day after announcing her pregnancy, Alia Bhatt was seen spending a great time with her close pals including Karan Johar, Manish Malhotra and Sara Ali Khan in London. She was now spending some 'me time' in Portugal after a shoot break from her Hollywood debut film Heart of Stone set. Also Read - After Shah Rukh Khan's Pathaan, Ranbir Kapoor's Brahmastra faces boycott; actor blamed for INSULTING Hindu Gods along with Aamir Khan in PK

The mommy-to-be took to Instagram to share a few glimpses of her happy time. She said that she stepped out for a walk by herself and her happiness was quite evident from her smiling selfie. Netizens couldn't help but notice the pregnancy glow on Alia's face. They started calling her 'glowing mommy' in the comment section. Also Read - RRR: Jr NTR beats Ram Charan; makes it to the Oscars' Best Actors 2023 prediction list

In another viral picture, Alia was seen posing with Karan Johar post family dinner in London. She wore a black outfit and flaunted her no-make-up look. She smartly hid her baby bump by bringing both her hands over her tummy while posing for the photograph. Also Read - Brahmastra duo Alia Bhatt and Ranbir Kapoor return from babymoon; actress hides baby bump in black while RK impresses with his 'protective' nature [View Pics]

Alia is currently in London shooting for her Hollywood debut Heart of Stone wherein she will be seen sharing the screen with Hollywood star Gal Gadot. After Alia shared the news of her pregnancy with her friends and fans, Gal Gadot commented on the post with three heart emojis. She had also congratulated Alia on her wedding with Ranbir on April 14.

After announcing her pregnancy, Alia also changed her Instagram display picture to the one where she can be seen embracing her husband Ranbir Kapoor, as infectious smiles light up the couple's faces. Incidentally, the new picture was earlier shared by Alia's mother-in-law and Ranbir's mother, Neetu Kapoor on her Instagram.