Alia Bhatt to make a Tollywood debut opposite Akhil Akkineni? 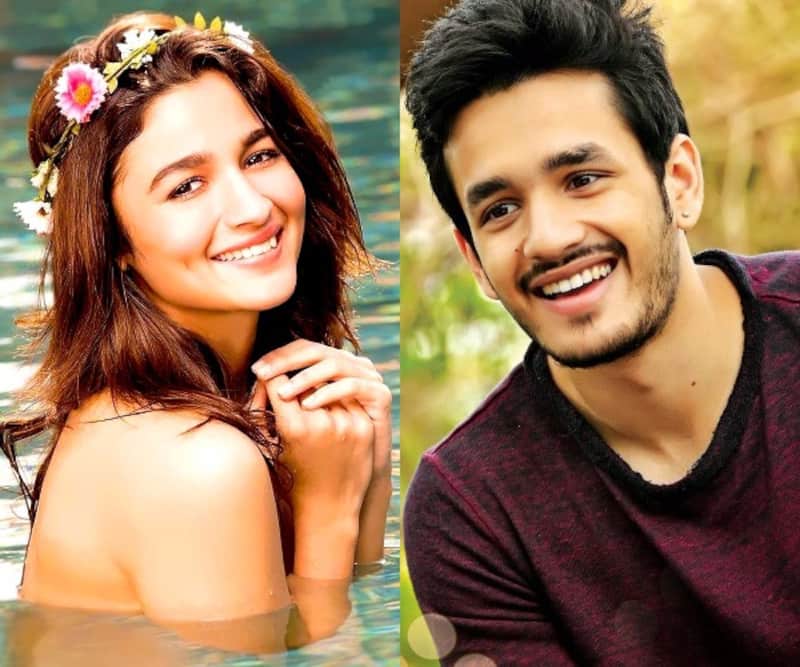 After the much talked about South debut of Akshay Kumar, looks like we'll be seeing Alia Bhatt too in a South movie! Because Tollywood superstar Akkineni Nagarjuna's son Akhil Akkineni is keen on signing the young diva for his second film. The 22 year old's film has been delayed due to Megha Akash (the film's lead actress). A report on Deccan Chronicle states that Megha is not very keen on doing the film and has already started working on a new project. For the same, she will be flying out of the city for a month long shoot in US. In other words, she has opted out of the film, leaving Akhil helpless. However, the young actor hasn't given up just yet. Turns out he is now trying his luck on roping in a Bollywood beauty for his film. And the one person he has in mind for the same is none other than Alia Bhatt! Also Read - Trending Entertainment News Today: Dia Mirza calls premarital sex 'personal choice post Alia Bhatt's pregnancy announcement; Akshay Kumar reacts to R Madhavan's indirect dig

Thanks to daddy's good contacts in Bollywood and the fact that he is good friends with Mahesh Bhatt, Akhil is using this as a means to get in touch with the young diva. “It’s still not known whether the actress has thought about the project, but Akhil is trying his luck through Karan Johar and his father’s contacts. Nagarjuna and Mahesh Bhatt are also good friends as they worked together earlier for a film," a source has told the leading daily. Well, this just gave us a slight deja vu. Oh that's right. Even Sanjay Dutt tried the same path to get in touch with Alia for his comeback film, Bhoomi. Also Read - Post Alia Bhatt's pregnancy announcement, Dia Mirza says premarital sex or pregnancy is a personal choice

ALSO READ - Sanjay Dutt will play Alia Bhatt's father in the sequel to Naam? Also Read - Alia Bhatt, a soft target for trolls? From Koffee with Karan blooper to pregnancy announcement - here's how Brahmastra star became the butt of all jokes

Anyway, the debacle of Akhil's debut film may have created a setback for his acting career but Nagarjuna has got his back. He will be producing the second project and perhaps that's the reason why he too is supporting his son for the endeavour. It would be interesting to see Alia do a Tollywood film, don't you think? Apart from Dragon with Ranbir Kapoor, the actress has not signed any films yet. In fact, if reports are to be believed, she has already flown out of the city to London for some chill time. With such a successful stint in Bollywood, she does need to take a chill pill right now. But the fact that she has been approached makes us wonder, will the actress take the plunge and do a South film? Or is it too early in her career?

What are your thoughts on this, Bollywoodlifers? Tell us in the comments box below. Stay tuned to this space for hot scoop and latest updates.