Alia Bhatt's yellow bikini in Student Of The Year or pink one in Shaandaar, which one does she look hotter in? Vote!

Alia has sported a bikini in both the films. But which one got you drooling more? Tell us!

The moment we all had been waiting for was finally here when Alia Bhatt and Shahid Kapoor's film Shaandaar's trailer saw its release today. The wait was totally worth it as we were completely blown away by the trailer! It had the right amount of comedy and drama, which made it appealing and simply outstanding. From Shahid and Alia's smashing fresh pairing to hilarious moments in the trailer, each and every element fit perfectly. One thing however that made our jaws drop was Alia's SMOKIN' HOT form in the pink bikini! The actress took our breath away as she casually walked on in her two piece attire, which even made Sasha smile, as seen in the trailer. Be it her well toned body or the way she carried herself, Alia nailed it and we loved it! Also Read - From Alia Bhatt to Kareena Kapoor Khan: 8 Bollywood celebs who share a great bond with their in-laws 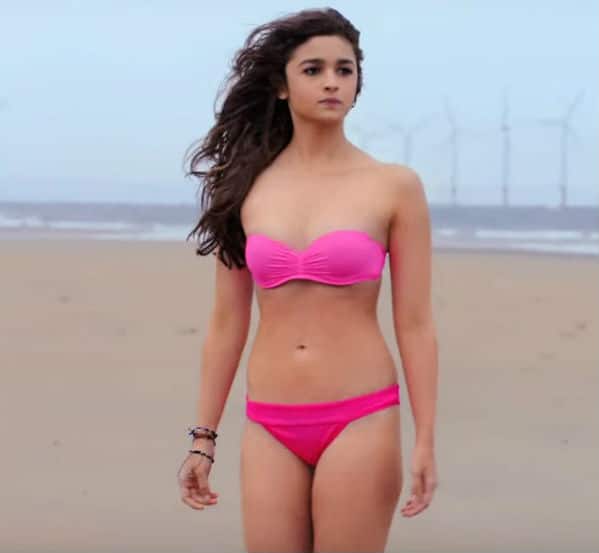 The actress launched the trailer of the film along with co-star Shahid today, and confessed that she had worked really hard to get that bod for the bikini scene. Well Alia, your hard work has surely paid off! This isn't the first time the beauty has sported a bikini though. The actress wore one in her debut film Student Of The Year. That one was bright yellow in colour and Alia wore the two piece with a sarong. Also Read - Trending entertainment photo gallery: Rubina Dilaik, Sriti Jha, Anushka Sharma, Alia Bhatt, Shanaya Kapoor and more unmissable celeb pictures of the day 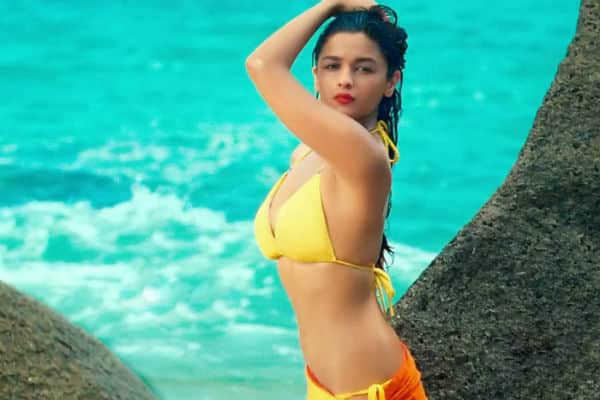 In Shandaar however, the actress is seen flaunting it and how!

In SOTY, the actress was seen stepping out of the water in her bright yellow bikini and her stint floored many. In Shaandaar, the beauty comes across as much more confident than before, as she strolled causally in her pink two piece. We definitely think Alia's latter form is more 'shaandaar' than the former.

What do you think? Yellow or pink, which bikini does Alia look hotter in? Post your votes in the box below!