All you need to know about Irrfan Khan and Konkona Sen Sharma's Talvar!

The film will release this Friday, along with Akshay Kumar's Singh is Bliing!

The trailers of the film, which also stars Neeraj Kabi and Tabu in a cameo appearance, were very impressive. So if you are looking to book a date this week with Talvar, here are a few facts that will help you in getting to know why the film was made in the first place! Also Read - Meghna Gulzar: We made Talvar because questions surrounding the Aarushi murder case were still unanswered – watch video! 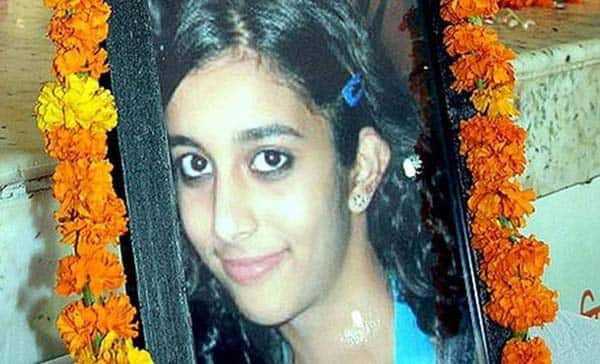 Talvar is based on the book Aarushi, written by journalist Avirook Sen, that was itself based on the Aarushi Talwar murder case. On 15 May 2008, the 15-year old Aarushi Talvar was found murdered in her bedroom by her parents. Initial suspicion fell on the servant, Hemraj, who was missing when the body was found. However, a day later, the servant's body was discovered on the terrace of the residence where the Talwars resided. Now the suspicions fell on the parents themselves, as the police thought the firl's father murdered both of them after seeing them in a 'compromising' situation. There was also an extra-marital angle discussed, about the daughter discovering her father's illicit affair, and he had to silence both her and the servant, who witnessed the murder. When CBI took over, they decided to receheck Talwar's involvement and went after other possible suspects. But they couldn't due to insufficient evidence. The case was then transferred to another CBI team, who put the spotlight back on the Talwars, painting them the perpetrators! They finally identified the father, Dr Rajesh Talwar, to be the sole suspect. hwoever, they couldn't find enough evidence to incriminate him, so they asked the court to dismiss the case. The court rejected the plea and ordered the coupe to be arrested in 2013, based on circumstantial evidence. The Talwars have now appealed to the higher court, which is still pending.

How Talvar will take on the murder case 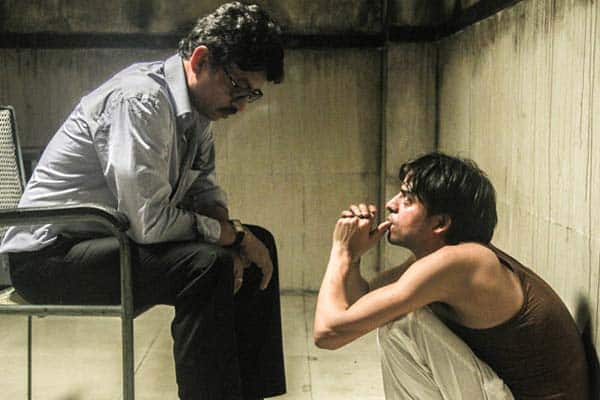 The makers of the film have promised it to be a proper account of how the case was investigated. They also said that they won't be taking sides, instead they will focus on how the initial police proceedings and investigations botched up the evidence and how the police were hell-bent on pinning the crime on the parents, based on assumptions. Like the real-life case, even the film won't give itself a closure, instead will let the audience decide for themselves who played the spoilsport here. The makers have claimed they have conducted interviews with the parents and their relatives to be as realistic as possible.

The significance of the title 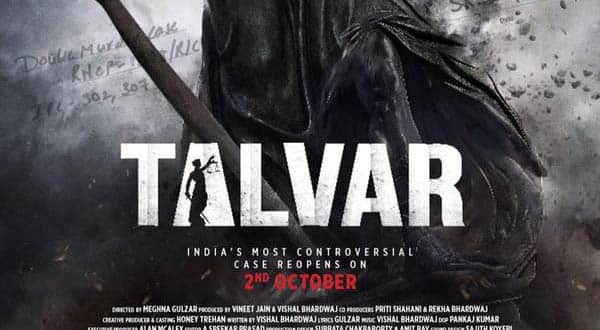 The title of the film is not a take on the Talwars' surname, as the first victim and her parents in the film are Tandons, and not Talwars or Talvars. Instead Talvar stands for the sword of justice which is double edged!

The cast and the crew 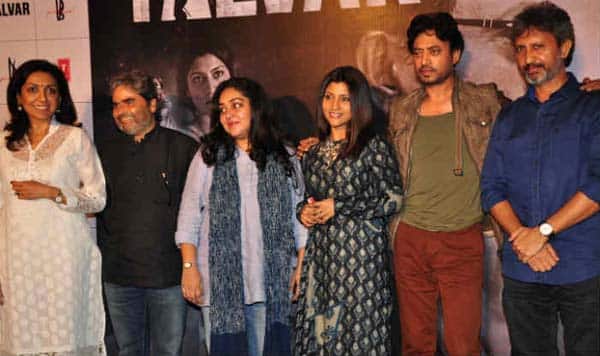 The film is directed by Meghna Gulzar and written by Vishal Bharadwaj, who is also one of the film's producers and the music composer. The Tandons are played by Neeraj Kabi, who impressed us in Ship of Theseus and Detective Byomkesh Bakshy!, and Konkona Sen Sharma. Newcomer Ayesha Parveen plays their unfortunate daughter. Irrfan Khan plays the CBI officer whose investigations prove that the Tandons are victims of police negligence. The film also stars Sohum Shah and Atul Kumar. Tabu will be playing a cameo role as Irrfan Khan's wife.

How different is it from Rahasya? 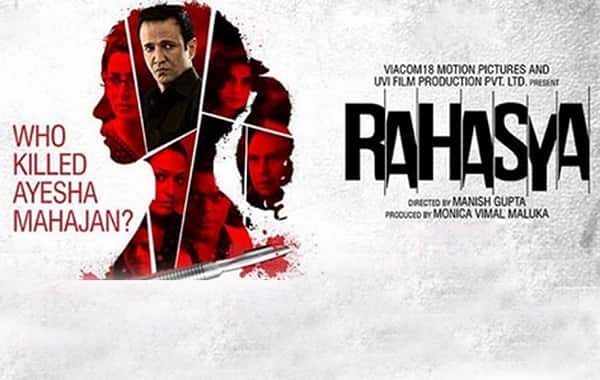 Earlier this year, there was another film that was based on the Aarushi murder case - Rahasya, which starred Kay Kay Menon, Ashish Vidhyarthi and Tisca Chopra. However, the film was a completely fictional take on the case, where the core elements being the same. But the director Manish Gupta spins his own angle to the film making it a proper murder mystery that gets solved in the end. Though the film is very gripping, it cannot be said to be realistic take on what really happened with the Aarushi Talwar murder case.

On the other hand, Talvar follows that same pattern of David Fincher's Zodiac and Bong Joon-ho's Memories of Murder, where the film focuses more on the investigation of the case and the people whose lives are affected by it, and less in solving the case and giving us the answers. Hence Talvar is far more closer the case in soul, which still awaits a proper closure, than Rahasya.

So are you excited to watch this film? Let us know...