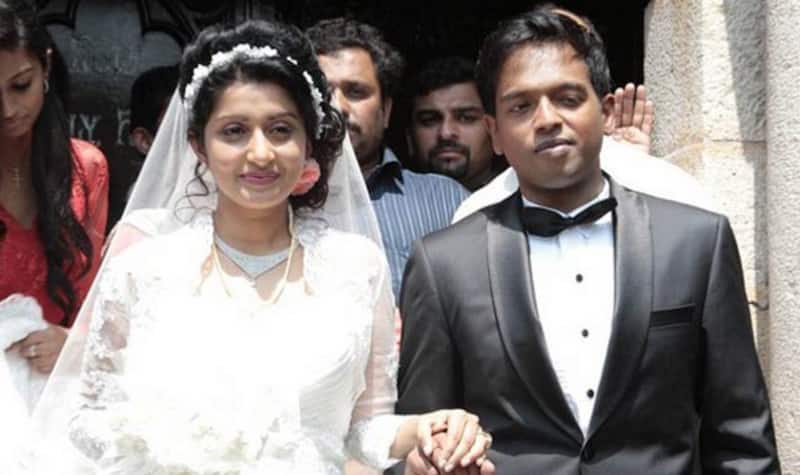 According to a leading daily, the ceremony was attended by about 2,000 guests in a star-studded affair with the presence of several Malayalam film celebrities, including Kavya Madhavan, Suresh Gopi, Dileep, Blessy, Mallika Sukumaran and Rajaputra Renjith among others. Meera had registered her marriage with Anil at her residence in Ilamkulam, Chilavannur on February 9. Also Read - Kerala actress abduction: Former DGP R Sreelekha claims Dileep is INNOCENT; alleges deep conspiracy, reveals she was silenced

Cops provided tight security to the wedding ceremony as per the directive of the Kerala High Court to the police. The bridegroom had filed a petition which said that his former friend from Bangalore - whom he had earlier planned to marry - and her father had threatened that his marriage with Meera would not be allowed to take place. Also Read - Before Naresh and Pavitra Lokesh were caught red-handed in a hotel room, Dileep, Vijay Babu, Sri Reddy and more South actors embroiled in dirty scandals

Anyway, we congratulate the newly wed couple and wish them a happy married life. Also Read - Thalapathy Vijay birthday special: 5 films that were REJECTED by the superstar; you'll be left shocked