Amid rumours of separation, Kim Kardashian makes a sexy comeback in a lacy lingerie photoshoot

Kim Kardashian makes a sexy comeback in a lacy lingerie for a photoshoot! Check it out here. 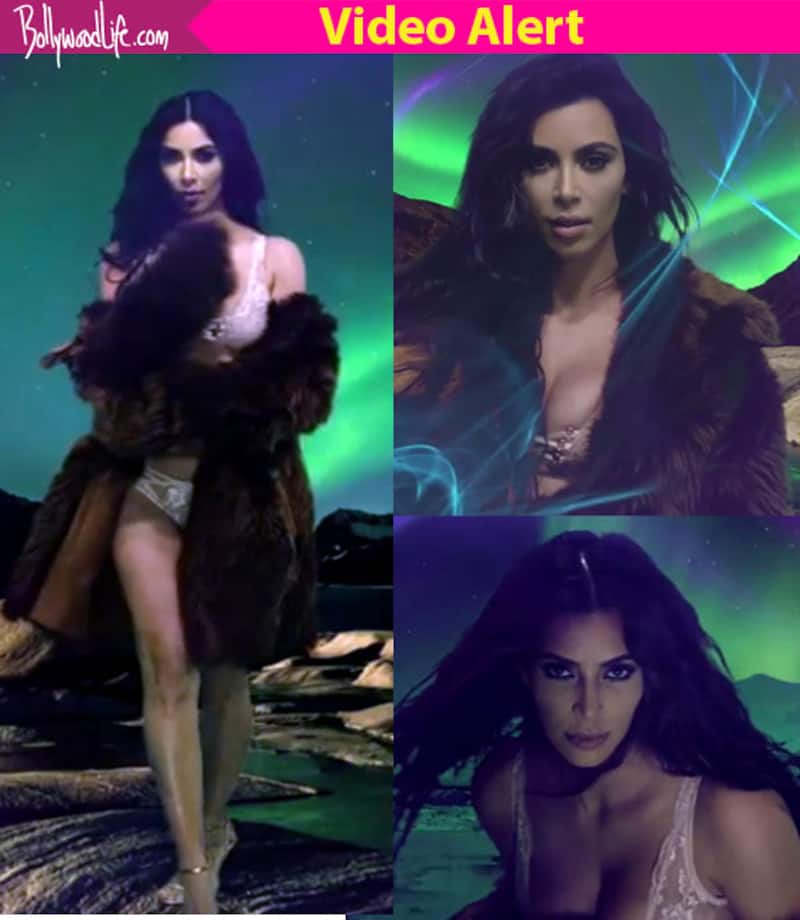 All hell break loose when things went downhill at the Kardashian-West household. From the infamous Paris robbery to the separation reports, Kim Kardashian has gone through a lot in the recent times. In fact, she even went underground and kept miles away from the paparazzi. However, she has decided to make a comeback and damn, it is bang on! The diva has chosen Love magazine's photoshoot to bring back the oomph we've seen missing on her since all the personal debacle. Lacy bra, panties and a fur coat, could the shoot get any sexier? Her photoshoot for Love's advent calendar, will once again set your hearts racing! (ALSO READ - Kim Kardashian and Kanye West heading for a divorce?) Also Read - Kim Kardashian ready to move on days after breakup with Pete Davidson; Kanye West to disrupt all her future relationships? Here's what we know

It's quite easy for the voluptuous Kardashian to switch on the hotness quotient because she never shuts it down! Even in this photoshoot, you'll see a gorgeous Kim, strut the space-themed screen wearing nothing but a pair of lacy lingerie and a fur coat. Her wavy tresses further add oomph to this 'high on hotness' video. While it does remind me a bit of Rihanna's Sledgehammer video minus the desert feel. Oh and of course, minus the popstar's spiritual-quirky avatar. Clearly, be it a rough desert or a space theme, clothed or barenaked, KimK can surge the temperatures and you won't even know what hits you! Shot by James Lima, this is the 36 year old's debut in the magazine and she sure has made sure her racy persona finds it befitting here. Also Read - Trending Hollywood News Today: Kim Kardashian and Kanye West not getting back together, Wednesday trailer ft Tim Burton's Addams Family and more

It has been revealed that this video was originally shot way back in August. Turns out the diva was supposed to make a comeback to the spotlight in November itself. However, Kanye West's nervous breakdown at a concert changed a lot of things. Kim had to change plans last minute because of her husband being hospitalized. Now reports suggests separation between this hot couple! With all the divorce drama currently engulfing most of her time, perhaps this is a video that'll uplift her very enthusiasm! There have been murmurs going around hinting at a divorce between Kim and her husband Kanye. The rapper and his reality TV star wife are living separately as of now. Ever since he has been discharged from the hospital, they've been staying away for reasons best known to them. Also Read - Kim Kardashian sweats out in a nude bikini in the gym; says, 'I do my own heavy lifting' [View Pics]

Do you think Kim Kardashian's racy photoshoot in a lingerie is the best comeback? Tell us in the comments section below. Stay tuned to this space for more such stuff!