Amitabh Bachchan and Taapsee Pannu are on cloud nine after the President of India watched Pink and even invited them to Rashtrapathi Bhavan for dinner. This was indeed a very special and proud moment for the cast and crew of the film. Pink was one hard-hitting courtroom drama that is a must-watch for everyone. Taapsee Pannu and Amitabh Bachchan's performances were outstanding in the film and even shook the critics. Taapsee Pannu says watching her 2016 film Pink with President Pranab Mukherjee here was an experience that she will never forget, and it was very rewarding. Also Read - Radhe Shyam, Adipurush, Salaar and more: 5 updates about Prabhas’ upcoming films that have fans excited

Taapsee and her co-star Amitabh Bachchan attended the special screening of the film at Rashtrapati Bhavan here on Saturday. Talking about it, Taapsee said in a statement: "It was an experience I won't ever forget. The whole experience of being there and watching the film with the President was very rewarding. After the film, we were felicitated and he even expressed to us of how impressed he was with the film's portrayal and message of the entire issue. He was extremely warm and kind as a person." (ALSO READ: Pink movie review: Amitabh Bachchan and Taapsee Pannu’s courtroom drama is the STRONGEST women-centric film of the year) Also Read - Arjun Kapoor-Parineeti Chopra's Sandeep Aur Pinky Faraar, Shah Rukh Khan's Devdas, Aamir Khan's Rang De Basanti and more films that saved dying careers [Part 1] – view pics

The Aniruddha Roy Chowdhury directorial, a courtroom drama, conveys a strong socially relevant message about young women's choices and respecting them. Check out Amitabh's tweets expressing his happiness and pictures of them getting felicitated. Post your thoughts in the comments below and stay hooked with us for more. Also Read - Priyanka Chopra to Samantha Akkineni, Shah Rukh Khan to Amitabh Bachchan: Craziest things actors have done to prepare for their roles

T 2445 - A most rewarding evening with the President of India, as he watches PINK and then invites us for dinner .. his appreciation was ?

T 2445 - The President of India Hon. Shri Pranab Mukherji, saw our film PINK and then called us over for Dinner at the Rashtrapati Bhavan pic.twitter.com/cPc9vDnt3T 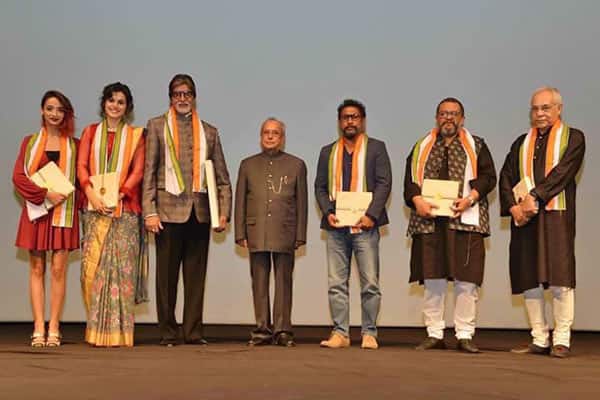 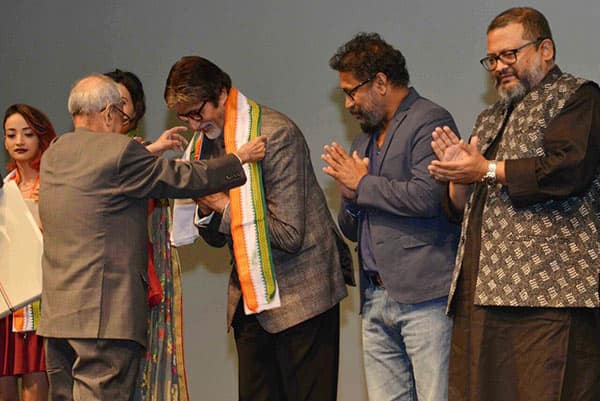