No one enjoys the stardom like Amitabh Bachchan! Recently, he complained as a female fan covered his face with kisses. Check out the hilarious reactions of netizens. 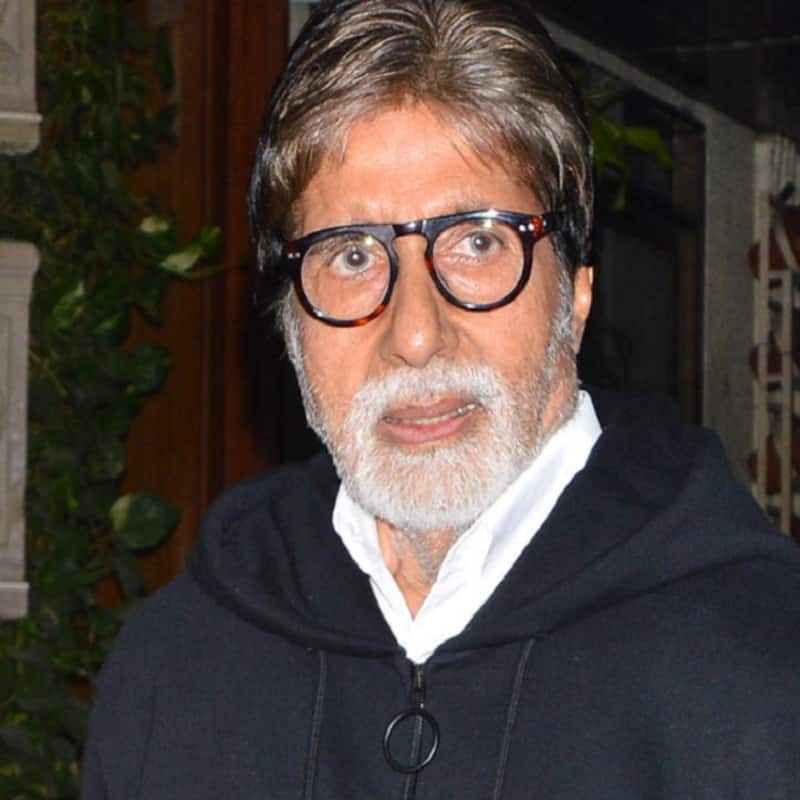 You can expect Amitabh Bachchan to get as hilarious as he can through his posts on social media. Just a while ago the megastar of Bollywood shared a picture of him having lipstick marks all over his face and complaining of being kissed by a female fan. Big B took to his Instagram a wrote, "Aree , par devi ji .. koi jagah to chhodo smile karne ke liye !" Well, the netzines are having a field day and are dropping hilarious comments on his post. One user wrote that he should have made the female fan meet Jaya Bachchan. Well, Jaya Bachchan is the total opposite of Amitabh Bachchan, she is not a very big fan of social media and hates the paparazzi. We have often witnessed her getting angry at the shutterbugs whenever they click her pictures. Also Read - Sanjeeda Shaikh-Aamir Ali, Shweta Tiwari-Abhinav Kohli, Charu Asopa-Rajeev Sen and more celebs whose young kids suffered because of their ugly splits

Amitabh Bachchan enjoys super stardom in tinsel town, and has immense fan falling. Every Sunday, outside his house, his fans gather just to get a glimpse of the megastar and he comes near the gate and waves at them. No one enjoys the stardom like Mr Bachchan. Also Read - Shahid Kapoor and Mira Rajput Kapoor's latest mushy pictures from Switzerland have PYAAR written over it in bold letters [VIEW HERE]

Abhishek Bachchan once spoke about how his father never takes his fans for granted who are waiting outside their house or anywhere in the world. He had said, "That lineage was given to me by a man who left a well-paying job in Kolkata, came to Mumbai, slept on the bench of Marine Drive for nights, entered a film contest, lost, went to All India Radio, got voice rejected, struggled and made his way. He’s paid his dues and he continues to at the age of almost 80. Works 16-18 hours a day. It is not easy, man. You’ve got to stay humble. It is your work that counts." Also Read - Kapil Sharma flaunts his CLASSIC English in Canada; trolls Chandan Prabhakar saying, 'Open jeep khuli hondi hai bro' [WATCH HILARIOUS VIDEO]

He even recalled that after the fatal accident of Big B during Coolie, the fans made sure to visit him every Sunday and have his glimpse, "Since my father’s near-fatal accident in 1982 on the sets of Coolie, every Sunday there’s a crowd of people that come to meet him outside the house…He religiously does everything in his power to be there at 6 in the evening on Sunday to go meet the crowd…There had been times, after I became an actor that, he took me and I call it my Simba moment (referring to The Lion King film). I go there and very reluctantly wave because obviously nobody’s there going to wave at me when Mr Bachchan is standing behind you. They are there for him." Amitabh Bachchan is a megastar, and his fans worship him.