Veteran actor Amitabh Bachchan reached out to now Oscar winning actor, Leonardo DiCaprio to congratulate him on his victory.

Aww! This is sweet!

Veteran actor Amitabh Bachchan reached out to now Oscar winning actor, Leonardo DiCaprio to congratulate him on his victory. Well, everybody knows how excruciatingly long wait it was, not just for Leo but even for us fans, that the Academy Awards chose to ignore his brilliance as an actor. DiCaprio in his career so far has done some extremely challenging role with ease. However, the Academy chose to let him struggle a little more before handing over the trophy to him. In fact, there were so many internet trolls that broke out every time Leo was denied the award. You know they say, seventh time is a charm! Also Read - Here's how Priyanka Chopra was welcomed on the sets of Baywatch!

So as soon as Leonardo won his very first Oscar for The Revenant as Best Actor Male, the internet was again flooded with more trolls, this time on him winning the Oscar. The actor never once uttered the words that it was a long wait before he got it. In fact, he shed some light on the grave new environmental problems that have already started and the seriousness of it. But post the awards was celebration time! Oh yeah! Fans from all across the globe congratulated him and even created winning trolls. Bollywood actors too tweeted their happiness. Among them was Amitabh Bachchan, who initially worked with Leo in The Great Gatsby, remember the white suit guy? So yeah, I've put the picture here as well so your memories refresh a little. Also Read - Chris Rock turns an #OscarSoWhite into an #OscarSoBlack, here's why.. 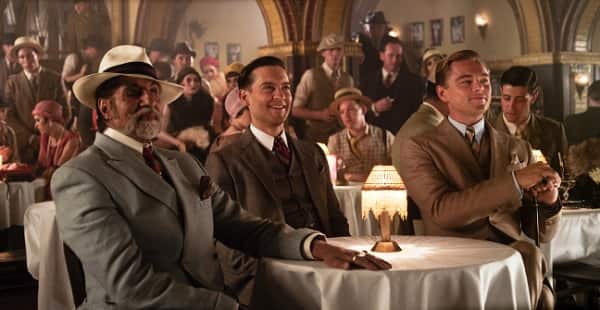 T 2161 - Congratulations Leonardo for Oscars .. a much deserved recognition .. considerate co-star and a gentleman ! pic.twitter.com/Tp6OJbvQa3

Now isn't that mighty sweet? All we gotta do now is wait for Leo's next movie with Amitabh and who knows, maybe this time Amitabh will be nominated by the Academy! Stay tuned to this space for latest updates and gossips!