Amitabh Bachchan gets naughty on KBC 5! 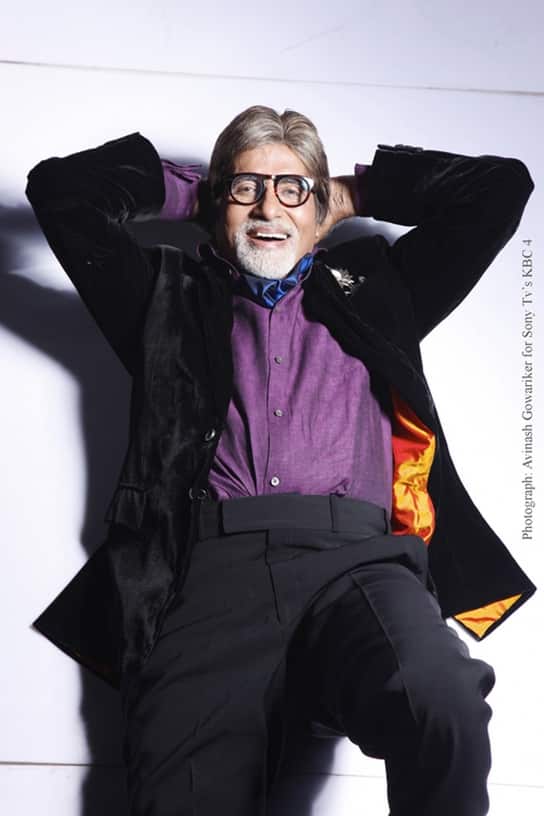 There was much masti on the sets of Kaun Banega Crorepati 5 when Big B wore his heart on his sleeve and handed out some...err... fashion advice

Amitabh Bachchan was in a rather mischievous mood last night on Kaun Banega Crorepati? 5. This happened when he was his usual chatty self on the popular TV show. When a fairly roly-poly lady contestant complained about her weight, Big B pacified her, saying that she was not too fat, and tried guessing her weight. He managed to get it right after three guesses – 75 kg it was. Not stopping there, he asked her why she was so bothered about her size. Expecting a reply on the lines of ‘I want to lose weight for my husband’, the dashing host was amused when the lady said she wanted to shed the extra kilos because she couldn’t fit into her sari blouses any more! Bachchan couldn’t control his laughter and pointed out that there were many tailors in the country who could help her. But since a garment’s length could be decreased but not increased without adding fabric, he had his own solution to the problem. Big B revealed for the first time that since he has long arms, he often resorts to sewing on attachments to make his sleeves longer. And since he wears a jacket most of the time, it’s all hidden underneath! And so, he suggested, the lady could do the same, even using different fabric where it would not be seen. Suddenly Big B seemed to feel that perhaps he was being inappropriate on a family show on national television. Obviously embarrassed, he tried to hide his face – in his attached sleeve? - amidst laughter from the audience. Incidentally, with all this going on, the contestant managed to reach the milestone of Rs 50 lakh, and will be 'rolled over' for tonight’s episode. Also Read - Bigg Boss 15: From Amitabh Bachchan to Shilpa Shetty – Before Salman Khan, THESE Bollywood celebs hosted the controversial reality show

Watch Kaun Banega Crorepati 5 at 8.30pm on Sony Entertainment Television Also Read - Chunky Panday opens up on the startling similarities between his OTT short film Tap Tap and his career; says, 'I had no work after giving India's biggest hit, Aankhen' [EXCLUSIVE]

Ranbir Kapoor pays a tribute to Shammi Kapoor on ‘KBC’

KBC 5: Ranbir on the hotseat; Aishwarya on the phone!

Also Read - BREAKING! Director Rakeysh Omprakash Mehra opens up on his next with Farhan Akhtar; says, 'Will put Bhaag Milkha Bhaag and Toofan together' [EXCLUSIVE] Stay tuned to BollywoodLife for the latest scoops and updates from Bollywood, Hollywood, South, TV and Web-Series.
Click to join us on Facebook, Twitter, Youtube and Instagram.
Also follow us on Facebook Messenger for latest updates.
Advertisement