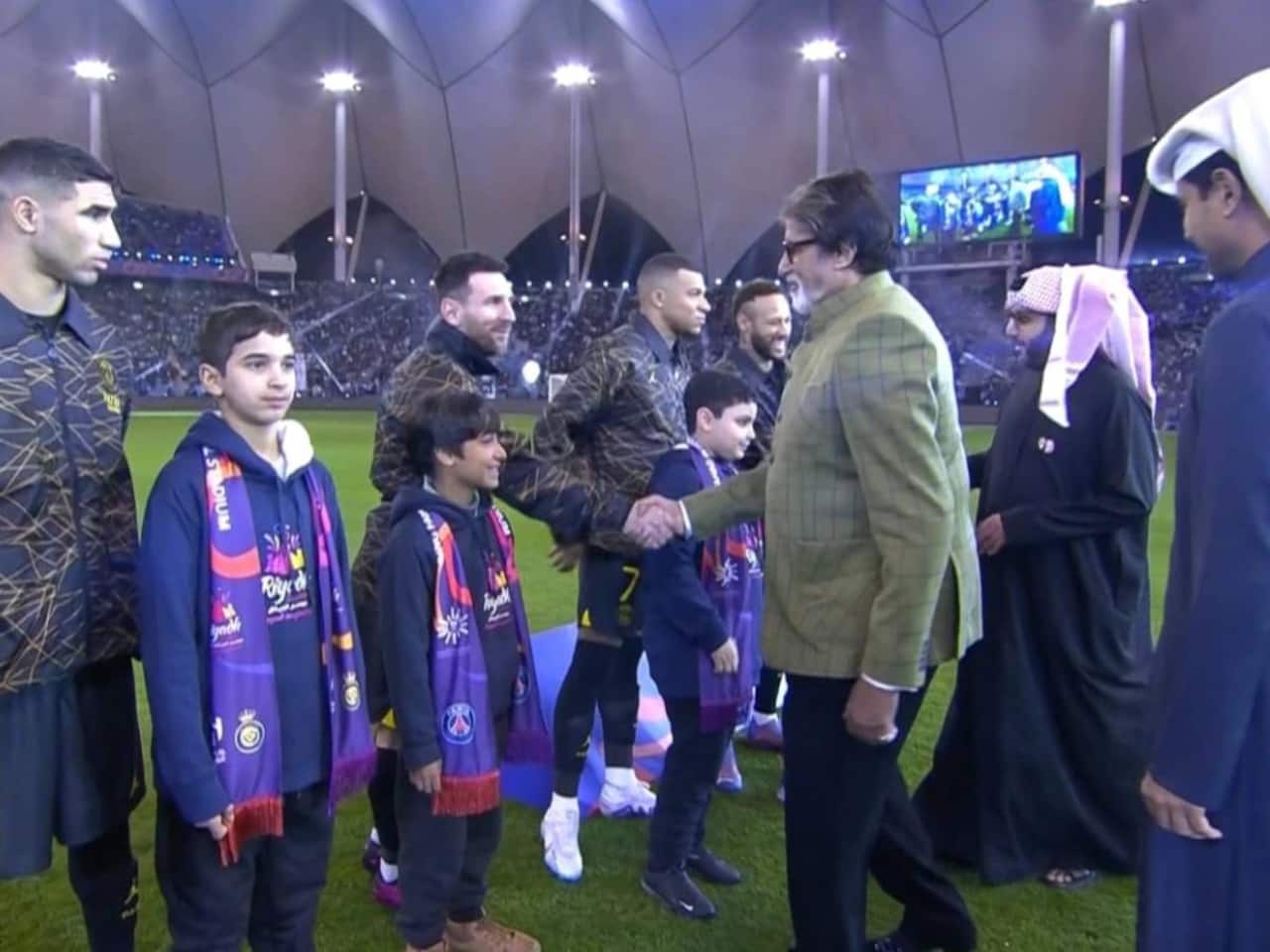 Bollywood megastar Amitabh Bachchan interacted with the world’s best football players as he attended PSG vs Saudi All-star XI match. The exhibition match between Riyadh Season Team and Paris Saint-Germain was inaugurated by the Legend. He shook hands with Lionel Messi, Cristiano Ronaldo, and other team players before the match kicked off. This came as a surprise for Indian fans who switched on to watch the match but were left flabbergasted and perplexed. Also Read - Amitabh Bachchan passes a stern look at Jaya Bachchan after she gets angry on paparazzi at the airport

Amitabh Bachchan was invited to inaugurate the game among other dignitaries. He greeted team players ahead of a PSG and Saudi All-star XI match in Riyadh. The presence of Big B on the pitch left Indian football fans happy and went gaga over the internet. Mr. Bachchan tweeted about his experience attending the football match Thursday. He took to his Twitter account to express what an evening he had meeting Cristiano Ronaldo, Lionel Messi, Mbape, Neymar and seeing them play together. Also Read - Jaya Bachchan gets angry as she gets clicked at the airport with Amitabh Bachchan; says, ‘Aise logo ko naukri se nikaal dena chahiye’

The exhibition match was a Lionel Messi and Cristiano Ronaldo face-off after the later transferred to Saudi Arabia's Al-Nassr. It is a rare chance for football lovers to see matches between Messi and Ronaldo after the two changed their teams. The exhibition match between Riyadh Season Team and Paris Saint-Germain was held at the King Fahd International stadium. Also Read - Salman Khan fails to beat Kapil Sharma; Amitabh Bachchan gets replaced by THIS Bigg Boss 16 contestant on the Most popular non-fiction personalities list

On the professional front, Amitabh Bachchan was last seen in Uunchai, a family entertainer by Sooraj Barjatya’s Rasjshri Films. Next in his pipeline is The Intern, a Hindi remake of Ben Whittaker’s comedy-drama. He also has Project K alongside Deepika Padukone and Prabhas.