Amitabh Bachchan mourns Raju Srivastava's loss; recalls how the comedian had opened his eyes while in coma when his voice recording was played

Raju Srivastava breathed his last on Wednesday after battling for his life for 43 days. Amitabh Bachchan revealed that Raju did open his eye when his voice recording was played in his ears. 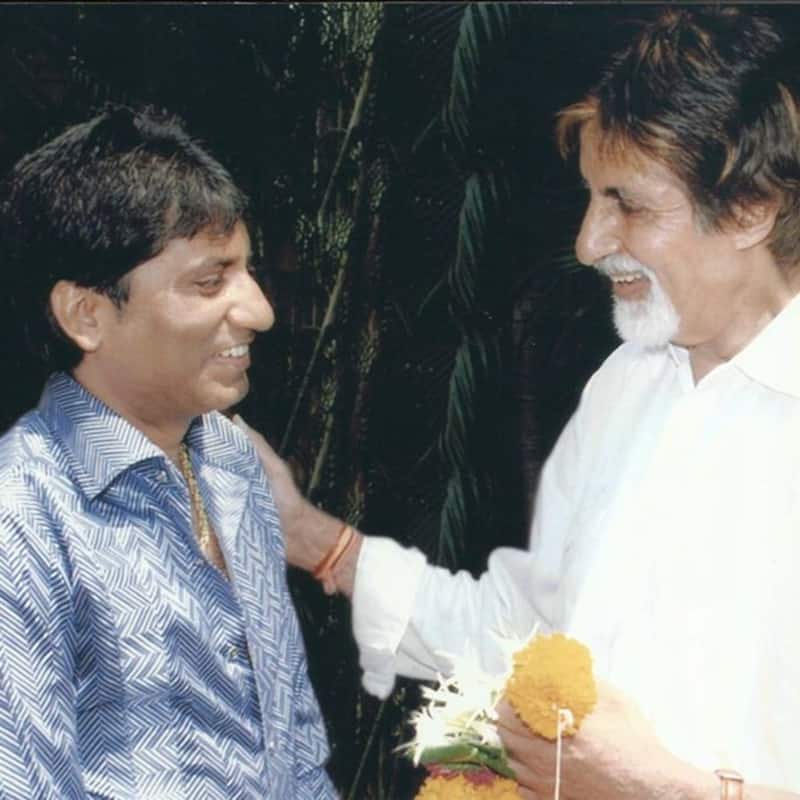 Ace comedian Raju Srivastava breathed his last on Wednesday, September 21 after battling for his life for 43 days. He passed away at the AIIMS, where he was hospitalised on August 9 and was put on ventilator after he suffered cardiac arrest while working out in the South Delhi gym. As the entire country mourned his loss, Amitabh Bachchan revealed that Raju did open his eye a bit while he was in coma when his voice recording was played in his ears. Also Read - Rashmika Mandanna makes Salman Khan groove to Pushpa song Sami; fans want them in a film together [Watch Video]

According to the earlier reports, Big B had sent a voice note to Raju's family and it was played to bring back the comedian from coma. "It's enough Raju. Rise up Raju, and keep teaching us all to laugh," was the message that the megastar had sent. Also Read - Ayushmann Khurrana, Tiger Shroff, Akshay Kumar and more Bollywood stars who slashed fees for SHOCKING reasons

Big B was deeply saddened by Raju's untimely death. He expressed his feelings saying, "Another colleague, friend, and a creative artist leaves us. A sudden ailment and (he is) gone before time, before his creativity time completion. Each day in the morning, with him in spirit and information from near ones." Also Read - Raju Srivastava's daughter Anatara thanks Amitabh Bachchan for being there during his tough time: 'Aap papa ke andar pure base hue the'

Mentioning about the voice recording, Amitabh Bachchan wrote in his blog, "They got advised to send a voice to awaken his condition. I did and they played it for him in his state in his ears. On one instance he did open his eye a bit and then, went away. His sense of timing and the colloquial humour of his birth shall remain with us. It was unique, open, frank, and filled with humour. He smiles from the Heavens now and will be the reason for mirth with the God’s."

Raju Srivastava was cremated at the Nigambodh Ghat in New Delhi on September 22. His son Ayushmaan performed the last rites as per Hindu rituals. Veteran poet-humourists Surendra Sharma, Ashok Chakradhar and filmmaker Madhur Bhandarkar, fellow comedians and friends such as Sunil Pal and Ahsaan Qureshi attended the funeral. The late comedian is survived by his wife Shikha and their children Antara and Ayushman.