Amitabh Bachchan took to Instagram to share pictures of his darling daughter Shweta Bachchan Nanda with an even adorable caption. Check out the pictures here.

There are stars and there is Amitabh Bachchan aka the star of the millennium. Bollywood and viewers have been lucky to see him grace the silver screen with his acting prowess and baritone and so much more that it is hard to list down. Even after 50 long years in the world of cinema and showbiz, his charm remains unfazed and that says something. In fact, he is even more eager to do fine films with the same enthusiasm and dedication or even more. Recently, the poster of his upcoming movie Gulabo Sitabo in a completely new avatar was released and it spoke volumes of the above-mentioned.

Amitabh Bachchan's FIRST LOOK from Gulabo Sitabo is out and he is unrecognisable!

But that's not all. Amidst all his accolades and achievements, the one he probably cherishes the most is that of being a father. He is a doting dad to Abhishek Bachchan and Shweta Bachchan and we have always seen him saying so with immense pride. The superstar often posts cute pictures on social media and takes on a nostalgic trip. Case in point, his recent post about daughter Shweta which is adorable in more ways than one. While sharing and comparing two ages, he wrote, "एक दिन ऐसी थी, और पता ही नहीं चला कब … ऐसी हो गयी!" Check it out here. Also Read - From Ranbir Kapoor to Ranveer Singh: 6 Bollywood celebs and their favourite football clubs 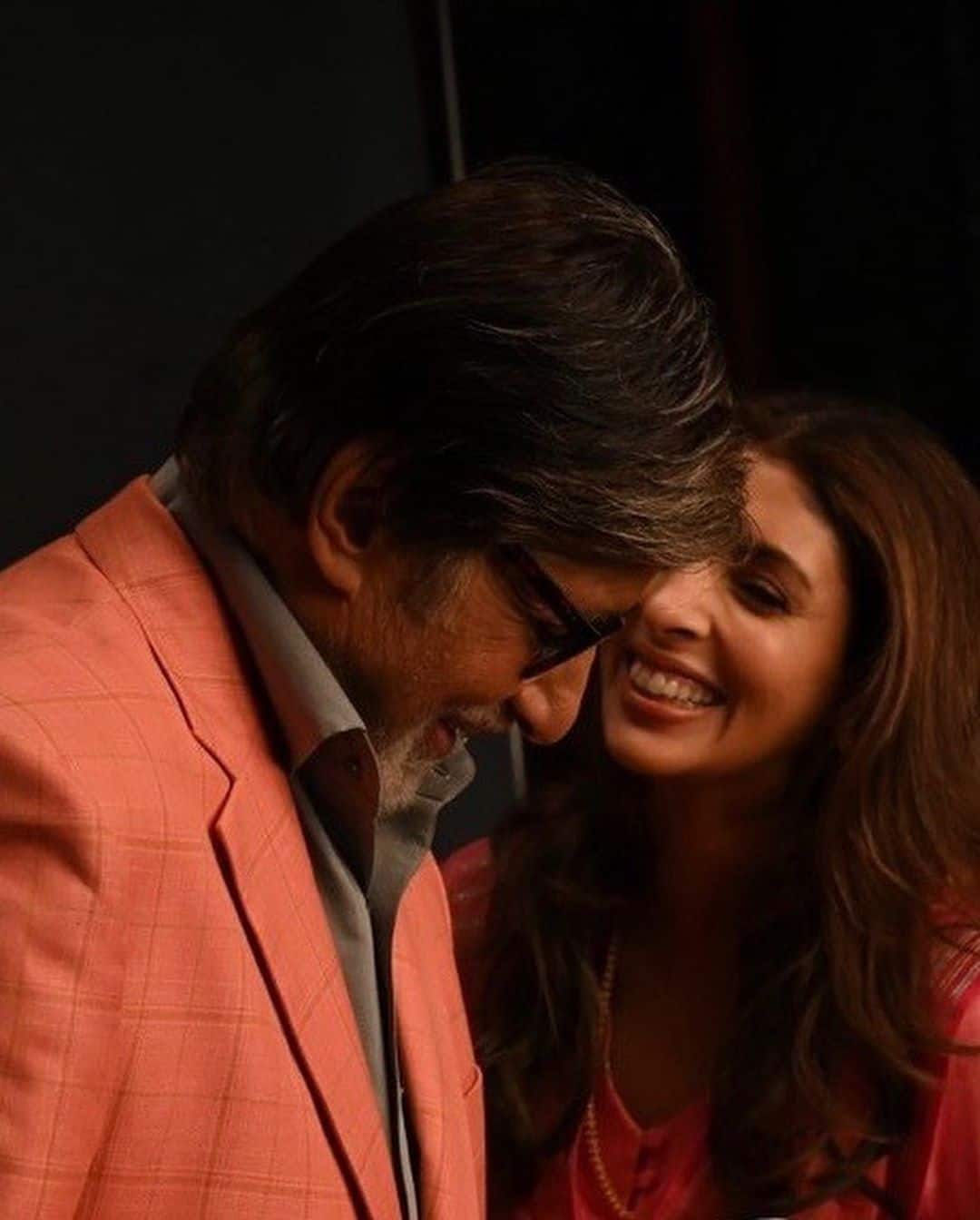 Adorable, isn't it? This is isn't the first time though. Amitabh Bachchan has time and again expressed how 'daughters are the best' and we couldn't agree more.

on the work front, Big B is reuniting with director Shoojit Sircar for a slice of life comedy, Gulabo Sitabo. And the best part is, the mix has none other than Ayushmann Khurrana. The film is penned by Juhi Chaturvedi, who has previously worked on Shoojit Sircar's film October. The film went on the floor recently where Big B flew down to Lucknow to shoot his portions and we can't wait to see how Ayushmann and Amitabh Bachchan's jodidaari pans out. Earlier, Shoojit was eyeing to release the film in November this year but it was later announced that it will hit the screens on April 24, 2020. Stay tuned to BL for more updates and scoops!

Apparently, Gulabo and Sitabo are two popular glove puppet characters from Uttar Pradesh. The paper-mâché puppets are adorned in colourful outfits and trinkets. In the story, Sitabo is the overworked wife, while Gulabo is the same man's glamorous mistress. Speaking about the film's title, Shoojit went on to add, "Regarding its association with the story… you will have to wait and watch the film to know more." Stay tuned to BL for more updates and scoops!