Amitabh Bachchan’s heart swells with pride as bahu Aishwarya Rai takes over Cannes along with Abhishek and Aaradhya; don’t miss his reaction

While Aishwarya Rai Bachchan's fans are going gaga over her Cannes 2022 looks, her father in law Amitabh Bachchan's reaction is priceless. 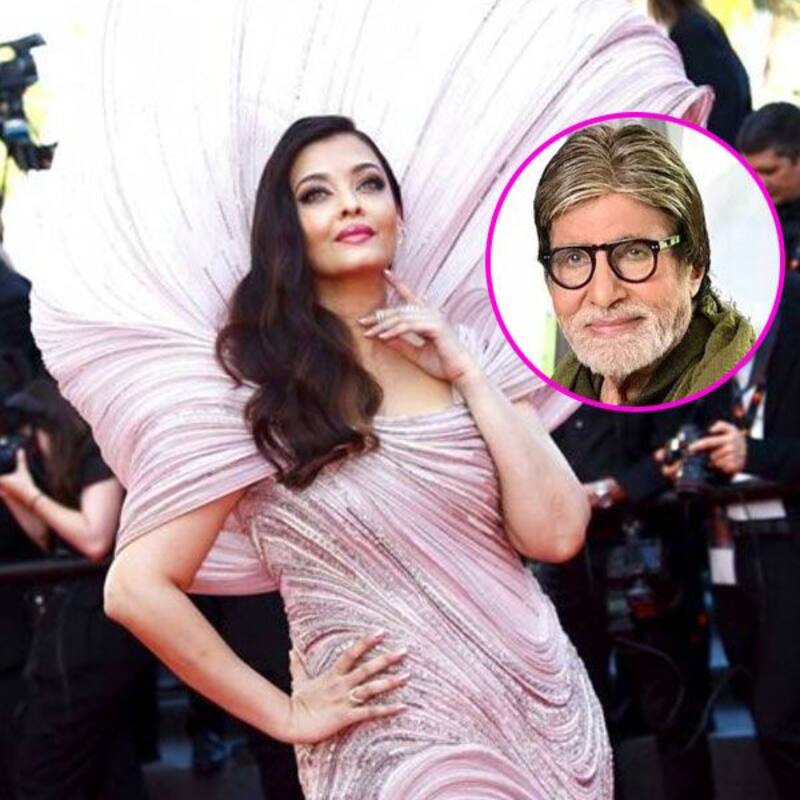 Now, who wouldn't be proud and happy to have a daughter like like Aishwarya Rai? Bollywood's megastar Amitabh Bachchan is right now extremely proud of his bahu Aishwarya Rai Bachchan who is ruling Cannes 2022 like a Queen along with hubby and Bollywood actor Abhishek Bachchan and daughter Aaradhya Bachchan. While Ash's fans are going gaga over her dreamy looks at Cannes 2022, Amitabh Bachchan too is all hearts for it. Also Read - Pooja Hegde, Shehnaaz Gill and more; Salman Khan and his heroines in upcoming biggies

Amitabh Bachchan took to his Instagram and shared the picture of his daughter in law Aishwarya along with his son Abhishek and granddaughter Aaradhya with a caption in Hindi and mentioned his relationship with them and expressed his happiness with virtual red roses. While Abhishek too replied to his father's post and dropped a comment that reads," Progress report", along with a laughing and heart emoticon. Also Read - Sushmita Sen REVEALS she was about to get married thrice; says, 'I met some very interesting men'

While Aishwarya Rai Bachchan's pictures and videos from Cannes 2022 have been creating a huge stir on the internet. Fans are going crazy with the beauty and grace of the actress while netizens are not very happy with her looks and have been fat-shaming and age shaming her. Many are even wondering if the former Miss World is pregnant. Well, haters are gonna hate, but the Queen came and conquered. There is no one like Aishwarya Rai Bachchan and she will always be the favourite Bollywood celebrity at the Cannes film festival. Agree?