Amitabh Bachchan does not reserve judgement on UP government’s move 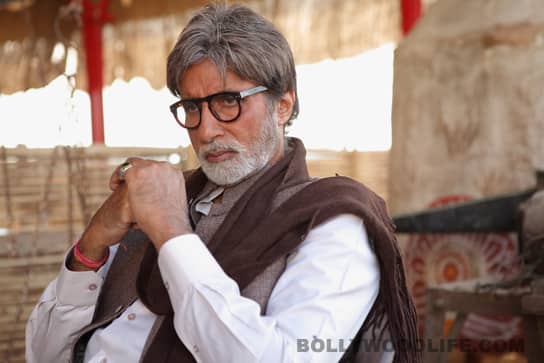 Reservation is a sensitive issue in this country. And any argument on the matter will lead to controversy, if not public protest. Prakash Jha and his team are courting just that with what is happening in Lucknow right now. The cast of the soon-to-release Aarakshan, led by the director, planned to stage a grand show in the city, with a debate on caste-based reservations in Indian society. Permissions had been granted and everything was ready; Amitabh Bachchan, Deepika Padukone, Manoj Bajpayee and Prateik were headed to Lucknow to participate. Now the Mayawati government in Uttar Pradesh has taken back the permits and refused to allow the event to take place, on the grounds of “apprehension of breach of peace”. Jha is obviously annoyed, saying that "I just don't understand what kind of problems people have with my film. Nobody has seen the film, and even if they have issues with the promos of the film, why can't they point it out to me?" Amitabh decided to show a little less vocal disappointment and expressed his views on his blog instead, saying, “It is strange to prevent us from coming into the city fearing a law and order situation, for the Censor Board has already given us a certificate for exhibition...a bit strange do you not think??" While we are not sure about the feasibility of this kind of event, considering how touchy people – the government mainly – are about it, we do wonder at the Big B. Wasn’t his experience of politics lesson enough for him to understand how things work in India? Also Read - Abhishek Bachchan was REPLACED in several movies; REVEALS how Amitabh Bachchan helped him in his lean phase [EXCLUSIVE VIDEO]