Amrita Rao and RJ Anmol were secretly married for 2 years before announcing it publicly in 2016. They kept their marriage hidden since they felt it would hamper their career. 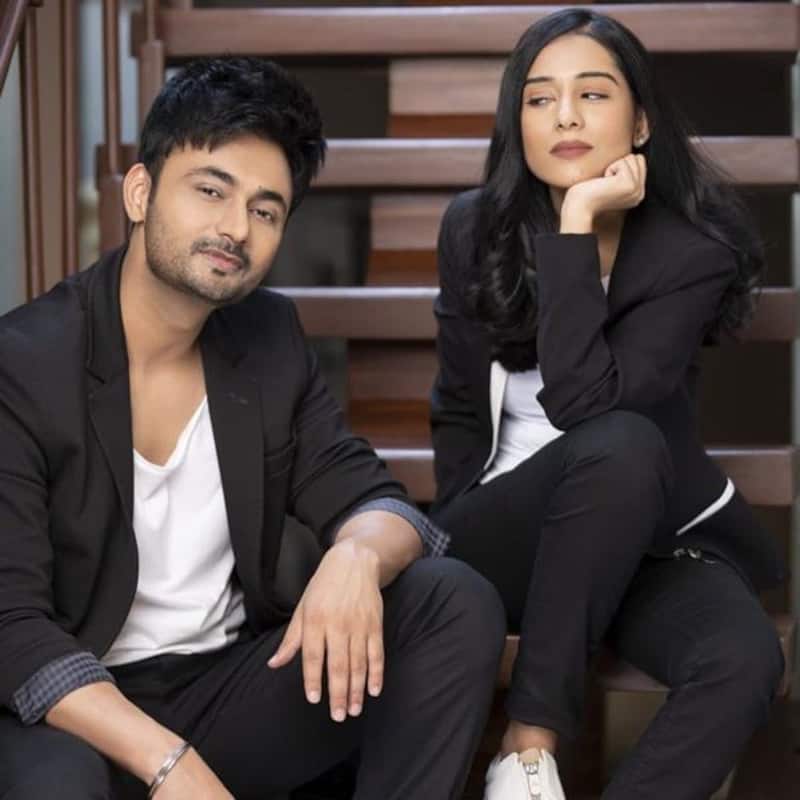 Amrita Rao made her Bollywood debut in 2002 with Ab Ke Baras for which she was also nominated for the Best Female Debut in 2003. Her most popular films remain Ishq Vishk in 2003 and Vivah in 2006, which is her biggest commercial success till date. She then married her long-time boyfriend RJ Anmol in 2016. But Amrita and her husband have now revealed that they were secretly married for 2 years in 2014 before announcing it publicly in 2016. They kept their marriage hidden since they felt it would hamper their career. Also Read - Urfi Javed wants this Bigg Boss 14 contestant in the Indian version of erotic thriller 365 days

In a new video on their YouTube channel, Anmol said that Amrita had landed 3 big banner films such as Jolly LLB, Satygrah and Singh Sahab the Great and he also saw a significant growth in his career after he joined a sports show as a host. When Anmol asked her to marry Amrita again, she again refused since her films failed to work. Also Read - Chris Rock to Sushant Singh Rajput: 8 Hollywood and Bollywood celebs who got slapped in public

“I was on a high again and Anmol said let's get married. I said things are getting back back on track, these films will release, I am now looking for even bigger films. If I got married, this news might just affect my career severely,” Amrita said adding that she was nervous about the media dismissing her as irrelevant after her wedding. Also Read - From Evelyn Sharma to Amrita Rao – 9 celebs who broke stereotypes with their breastfeeding pics

Anmol then came up with the idea of a secret wedding since they had successfully managed to keep their relationship under wraps for 4-5 years. "I thought that if we can keep our affair a secret for 4-5 years, can we not hide our marriage too,” he said. Amrita agreed to the idea and they confirmed that they got married on May 15, 2014. They said that they could not invite their cousins since they wanted to keep their wedding a secret. The couple promised that they will share their wedding details and pictures in the next video.

Amrita and Anmol became proud parents to their first child on November 1. The couple made the announcement with a statement that read, "Amrita Rao and RJ Anmol welcomed a baby boy this morning. Both the mother and baby are healthy and doing well. The family is ecstatic and both Amrita and RJ Anmol thank everyone for their wishes and blessings," a statement issued by the couple's publicist said."