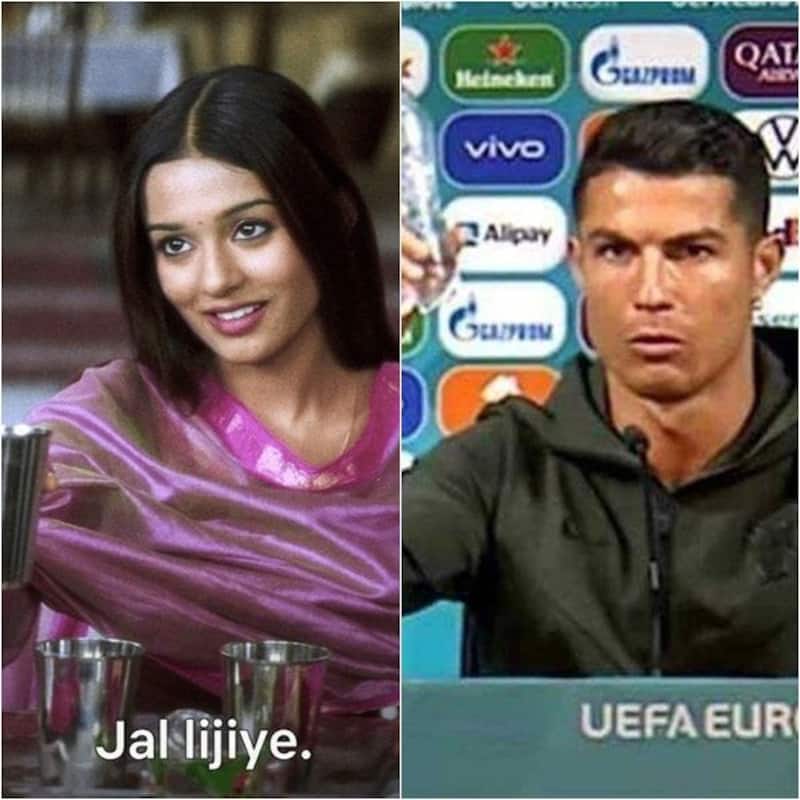 Giving a new twist to the dialogue, a Twitter user combined 'Jal Lijiye' meme with Cristiano Ronaldo and tagged Amrita to inform her that the footballer has just made her meme international. To which, Amrita shared a hilarious reaction and did a bit of a word play in her reply which reads, "Wat'er Are U Saying" followed by a tongue sticking out and a glass full of water emojis. Also Read - Chris Rock to Sushant Singh Rajput: 8 Hollywood and Bollywood celebs who got slapped in public

Her shocking reply left her fans rolling on the floor laughing and they began replying to her tweet with their own versions of the viral meme. Take a look. Also Read - From Evelyn Sharma to Amrita Rao – 9 celebs who broke stereotypes with their breastfeeding pics

For the uninitiated, Cristiano Ronaldo inflicted a $4-billion loss on soft drink major Coca-Cola with his gesture of putting aside two bottles of carbonated drinks and picking water instead during a press conference ahead of Portugal's match against Hungary. The Portuguese star footballer sat down for the interaction with a teammate and moved the Coke bottles aside before picking a water bottle.
Ronaldo has been quite vocal in his support for healthy diet and is known to admonish his son when he finds him eating food referred to as junk.