An ANGRY Pulkit Samrat goes on a Twitter rant, DELETES his account soon after - check out tweets!

Pulkit Samrat has lately been in news for his relationship with Yami Gautam and of course his shocking split with ex wife Shweta Rohira....

What's up with this guy? You gotta read on to find out the full story...

Pulkit Samrat has lately been in news for all the wrong reasons. Blame it on his complicated personal life, first it was his divorce with Shweta Rohira which eventually got even more ugly with Yami Gautam being labelled as the 'home-breaker'. In fact, reports also suggested how Pulkit is really serious about Yami but the latter is now giving second thoughts for she believes he is not only a divorcee but is also making wrong choices in his career with no hit to his credit. Not to forget, Yami worked with him in two of her earlier films - Sanam Re and Junooniyat and both failed to strike a chord at the box office. Does Yami consider Pulkit as unlucky or is Pulkit himself sulking about his life? We dunno what's the actual scenario but the actor is definitely going through a terrible phase right now for he just went on an ANGRY Twitter rant, before deleting his account once and for all. Yes! This happened! Also Read - Urvashi Rautela’s new stills from Doob Gaye will steal your hearts – view pics

Also read: Pulkit Samrat threatens to BEAT UP a photographer! Also Read - Yami Gautam reveals a casting director of a big production house had asked her to 'aim to look younger'

Probably someone picked a bone with Pulkit last night and he chose to give it back to his haters, despite not being in the right state of mind. In a series of Tweets he wrote, "I care a DAMN! D A M N samjhe! DAMN" Following which he even added saying, "This world is full of D*** and we entertain them. The day we stop entertaining them we are strong else we are weak. No more tweets! Am done! Thank you for all your love and support. This virtual world was good but not good enough!" Also Read - Kaabil actress Yami Gautam recalls the accident that left her with a permanent injury

Now we dunno if Pulkit is off Twitter forever or will he reactivate his account after he cools down his temper. But this rant only proves how he has been subjected to a lot of hate on the social media, be it professional or personal. Reminds us of Sushant Singh Rajput who too had suspiciously gone off Twitter recently after he faced a lot of negativity over his break up with Ankita Lokhande. Although, now Rajput is back in action, hoping to not let his past affect his present or future.

Anyway, tell us what are your thoughts about Pulkit's shocking exit from social media? Do you think it's justified of him to have lashed out and left so abruptly? Comment in the given box below and we'll be back with more updates right here,

Here are the screenshots of Pulkit's shocking tweets: 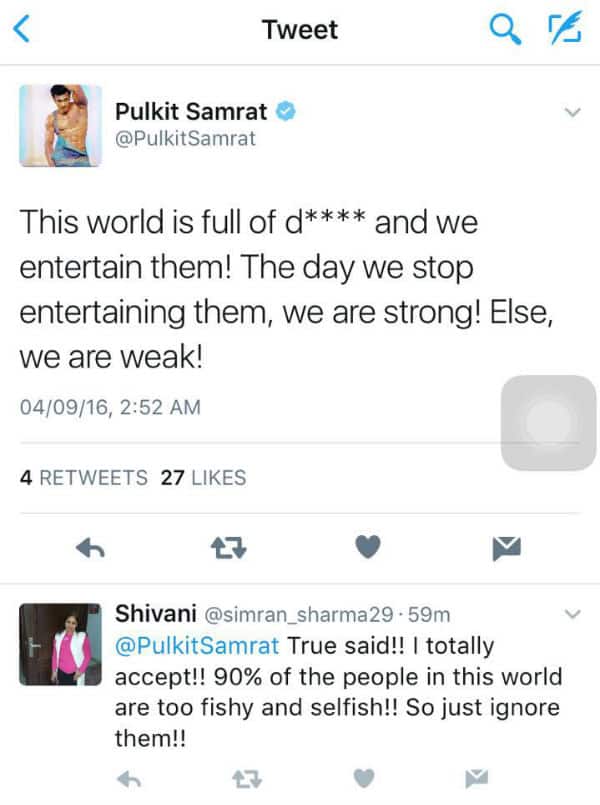 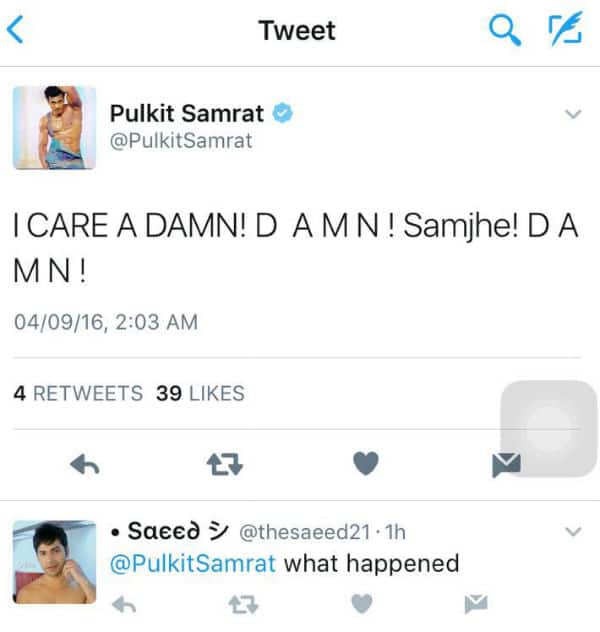 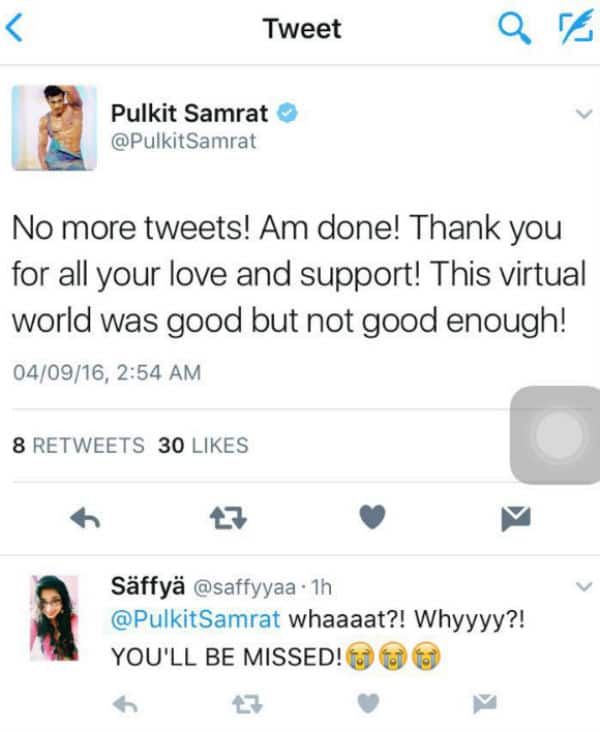