Ananya Panday or Suhana Khan; Shanaya Kapoor talks about their wedding plans and reveals who will marry first. 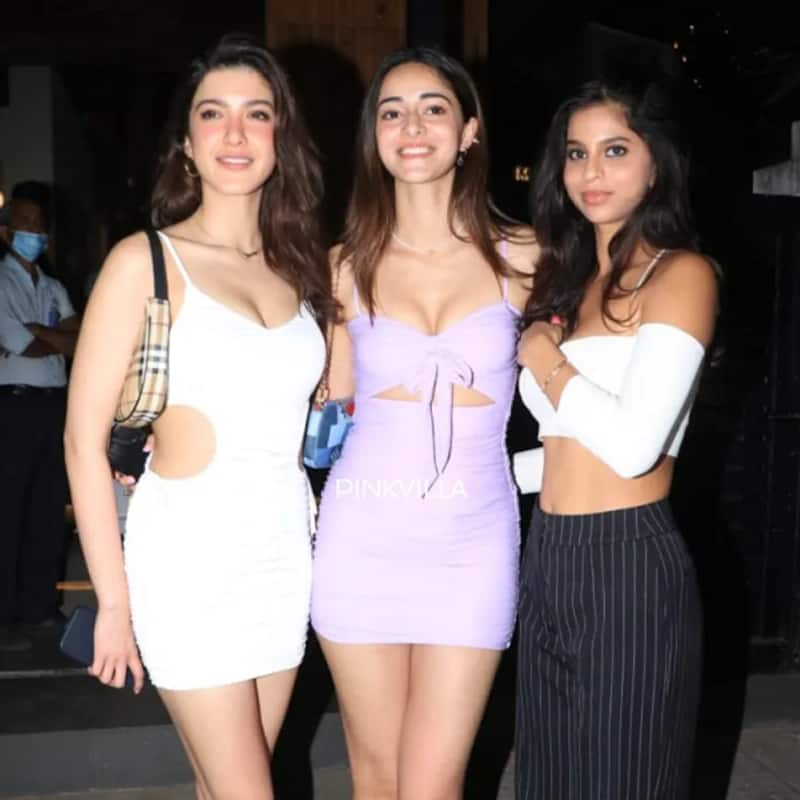 Ananya Panday, Suhana Khan and Shanaya Kapoor are the most popular BFF that everyone desires to have. And now Shanaya Kapoor who is all set to make her debut in Bollywood revealed the wedding plan that the BFFs have decided among each other. Right now Bollywood Wives season 2 is grabbing a lot of attention as it gives an inside glimpse into the star kids lives. In the few episodes, we witness how Shanaya was seen talking about marriage plans, where she said, " I feel like between you and me, you’d (Ananya) get married first". To which Ananya instantly agrees and said, "My whole idea was like, I was going to get married to them again. Waiting for that to happen".

Later Shanaya added that how it will be Ananya the first one to get married and said one will be Suhana and she will the last one." It will be first you, then Suhana and then me". Shanaya even said that she wants to do three weddings and agreeing with Shanaya, Ananya said that how she wanted to gate crash Vicky Kaushal and Katrina Kaif's wedding, "I came here thinking it was Vicky-Katrina’s wedding, but I think I came to the wrong place. wanted to go for that one." Well, we missed Suhana in this conversation. Talking about Suhana, the superstar's daughter too is all set to make her debut with Zoya Akhtar's The Archies along with Khushi Kapoor, Agastya Nanda and more. Also Read - Hush Hush actress Soha Ali Khan opens up on the difficulties star kids have despite their privileges [Exclusive]

Bollywood Wives season 2 has hit the screens on Netflix and the show revolves around Neelam Kothari, makeup Kapoor and Seema Sajdeh. In the same show, Maheep Kapoor had revealed how Sanjay Kapoor cheating on her. Also Read - Ananya Panday dating two men, Ira Khan gets engaged and more: Star kids who are in the news all thanks to their interesting love lives