Ananya Panday REVEALS if she has given any tips to BFFs Suhana Khan and Shanaya Kapoor; says, 'We all take tips from...'

Ananya Panday's BFFs Suhana Khan and Shanaya Kapoor are all set to make their acting debut. Suhana has The Archies lined up and Shanaya has Bedhadak in her kitty. 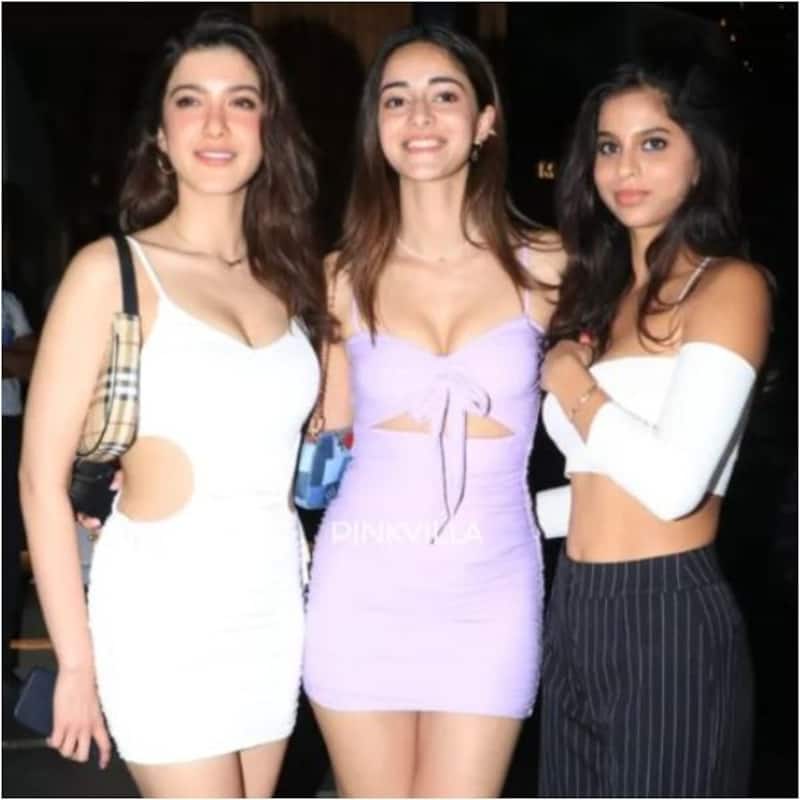 Ananya Panday, Suhana Khan, and Shanaya Kapoor are BFFs. There are childhood friends and are often spotted together. Ananya made her debut with the 2019 release Student Of The Year 2, and later she was seen in movies like Pati Patni Aur Woh, Khaali Peeli, and Gehraiyaan. Now, Ananya’s BFFs, Suhana and Shanaya are all set to make their acting debut. Suhana will be seen in Zoya Akhtar’s The Archies, and Shanaya will be making her Bollywood debut with Karan Johar’s production venture Bedhadak. Also Read - Trending Hollywood News Today: Kylie Jenner preparing baby to be an athlete, Blackpink set to return, Viola Davis' The Woman King trailer and more

Recently, Ananya revealed whether she has given any tips to her BFFs. While talking to India Today, the actress said, “I am really no one to give them tips because I have just started out myself. But, we have always dreamt of becoming actresses since we were really young. So, we are constantly talking about it, discussing with each other. We all take tips from one another.” Also Read - Sonakshi Sinha's blonde look gets mixed reactions; netizens call her 'jalpari', 'Game of Thrones in Lokhandwala' and more

While announcing her debut, Shanaya had posted on Instagram, “I am extremely grateful and humbled to join the Dharma Family with #Bedhadak - directed by the brilliant Shashank Khaitan. I can’t wait to kickstart this journey, I need all your blessings and love!” Also Read - Kylie Jenner and Travis Scott are already preparing their baby to be an athlete; we wonder what 3 Idiots' Rancho would say [Deets Inside]

While sharing a teaser of the film, Suhana had posted on Instagram, “Ain't nothing like old school Grab your gang 'cause the Archies are coming soon on @netflix_in!” Shah Rukh Khan also shared a poster of the film and wrote, “And remember @suhanakhan2 you are never going to be perfect….but being yourself is the closest to that. Be kind and giving as an actor….the brickbats and applause is not yours to keep….the part of you that gets left behind on screen will always belong to you….u have come a long way baby….but the road to peoples heart is unending…..stride forth and make as many smile as you can. Now let there be Light….Camera and Action! Signed Another Actor.”