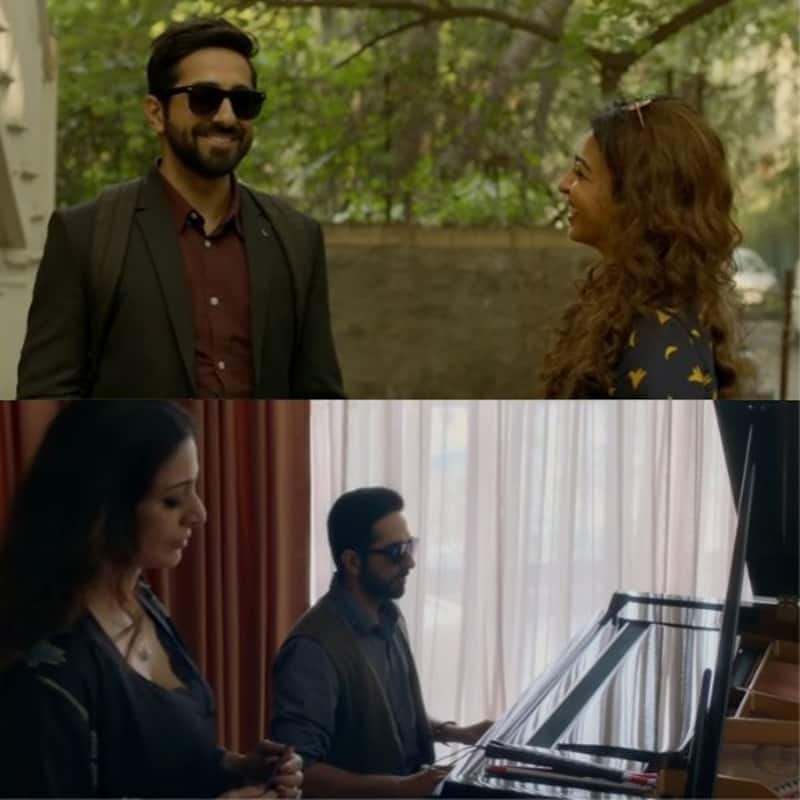 Filmmaker Sriram Raghavan's AndhaDhun with Ayushmann Khurrana is in the news for quite some time. And now the makers have dropped the trailer and we must say it's worth your wait. The murder mystery opens with Ayushmann a blind artist playing the piano, who follows a daily routine of doing his work as an artist and later meeting the love of his life, played by Radhika Apte. Also Read - Priyanka Chopra shares a passionate lip lock with husband Nick Jonas; Bollywood couples who shared a lip kiss in public

He sees what he shouldn’t. She sees what he couldn’t. So the question is, does he see it or not?
Watch the #AndhaDhun trailer to know! https://t.co/Y8MvX8KeUI …#Tabu@ayushmannk@radhika_apte#SriramRaghavan@Viacom18Movies@MatchboxPix@ZeeMusicCompany

The second track of the films arrives when Tabu comes in Ayushmann's life and the director hints that she will change his life forever. And soon the mystery begins. Ayushmann gets convicted in a murder case but how can a blind man be a murderer. Is he actually blind? This question will definitely come to your mind and make you scratch your head. Talking about his character, Ayushmann earlier told Indian Express, “Every film is a learning experience even if it’s from the same genre but this particular film… Sriram Raghavan is a very organic director. He will give you a situation, a milieu and you will react to that. I have done theatre in the past so, I am used to improvisations. It’s very challenging for an actor because it’s not on paper. You have to be on your toes every day and be impromptu. A non-actor cannot work with him for sure. You have to be a good actor or a spontaneous actor to work with a Sriram Raghavan.”

Calling Karan: KJo advises Ayushmann Khurrana on how to avoid any KANK twist in his married life

Known for helming films like Ek Haseena Thi, Johny Gaddar and Badlapur, AndhaDhun looks like an another gripping from Sriram Raghavan. Produced under the banner of Viacom 18, it is set to hit the screens on October 5. It will clash with Aayush Sharma's Loveratri at the box office. Anyway, have you liked the trailer? Tweet to us to let us know... Also Read - Before Erica Fernandes, Hina Khan, Pranita Subhash, Radhika Apte and more actresses EXPOSED the dark, sexist side of South Indian film industry