Jaya Bachchan and her son Abhishek Bachchan recently visited the famous Kali Bari temple in Bhopal and got mobbed by their fans. The veteran actress lost her cool and scolded fans for clicking selfies. 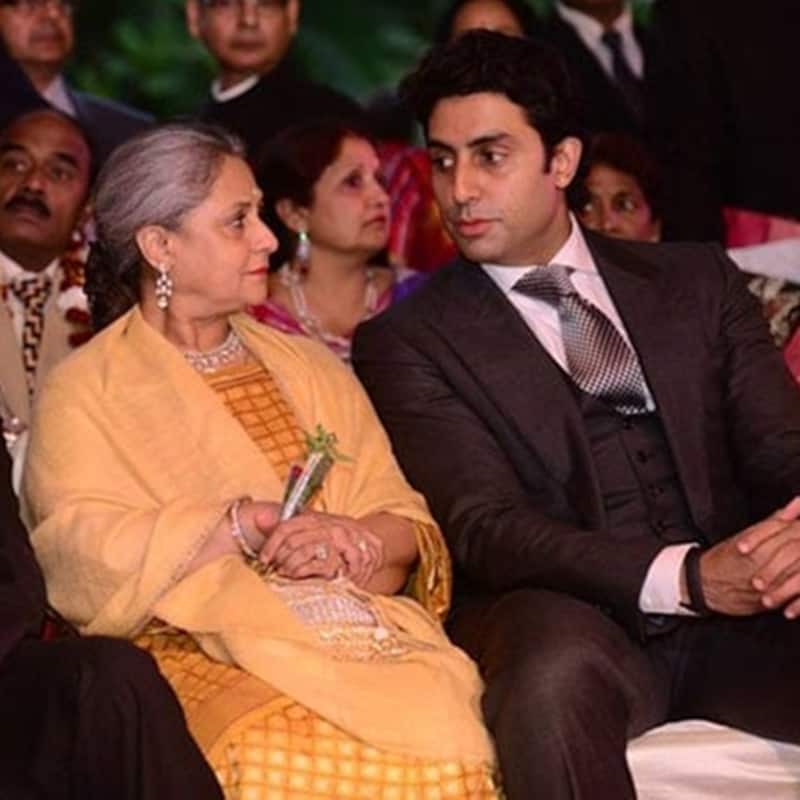 By now, everyone knows that Jaya Bachchan doesn't like to get clicked randomly. She has time and again scolded her fans and the paparazzi for clicking her pictures without her permission. Recently, Jaya and her son Abhishek Bachchan visited the famous Kali Bari temple in Bhopal. They got mobbed by their fans who started clicking selfies with them, which irked Jaya to a great extent. Also Read - From Deepika Padukone to Jaya Bachchan: Bollywood actresses who did not shy away from sharing their first period story

In a video shared by a Twitter user, Jaya and Abhishek can be seen making their way through a sea of crowd at the Bhopal temple. Both Jaya and Abhishek can be seen with their mask on. While Abhishek obliged fans with selfies, Jaya was not in a mood to tolerate such behaviour. Also Read - Gauri Khan to Twinkle Khanna: Bollywood wives who allegedly banned husbands from working with certain actresses

Jaya lashed out at fans who continued to click selfies even after she told them not to. She lost her cool and yelled, "Kya kar rahe hain? Mana kiya, thoda to lihaj kariye. Bhopal ke logon mein kuch to lihaj hoga?" Also Read - Aishwarya Rai Bachchan, Kareena Kapoor Khan and other Bollywood celebs who have said mean things about other stars

As Jaya walked a few steps ahead, Abhishek continued to click selfies with his fans as they moved ahead. But Jaya didn't like this even a bit. She again shouted at fans, "Aap logo toh chod dijiye na? Kya kar rahe hain aap log? Sharam nahin aati aap logon ko?"

There have been several incidents in the past where Jaya Bachchan brutally thwarted her fans and the shutterbugs for clicking her pictures. Recently, Kajol demanded Jaya to remove her mask to click pictures when the latter visited a puja pandal in Juhu.