Anil Kapoor along with Aamir Khan launched the second season of 24 with great fanfare at a venue in the suburbs. The two actors appreciated each other's work immensely at the event 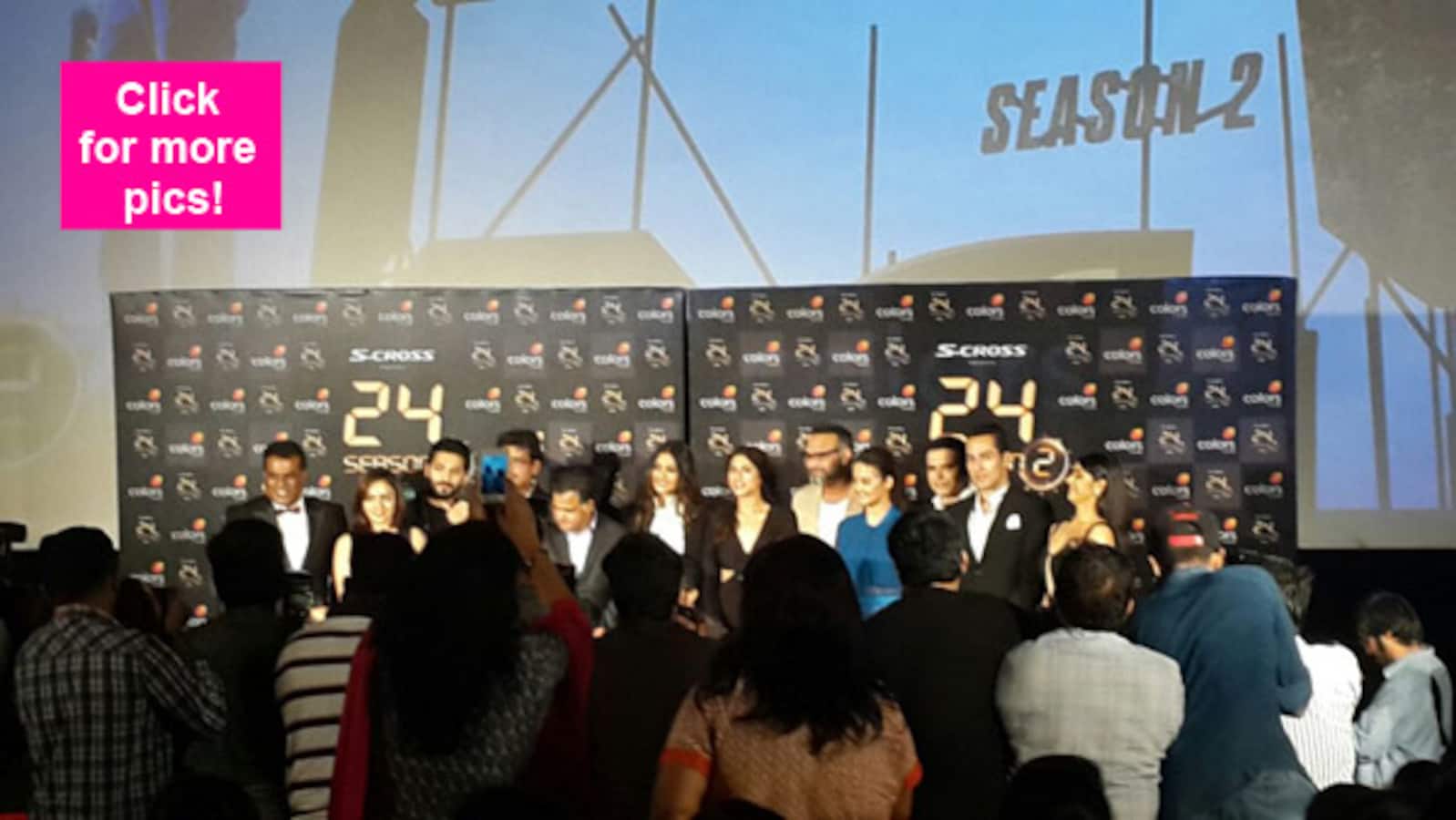 After a long wait, the second season of 24 is here. It is being launched with great fanfare at a venue in the suburbs. This time ATS chief Jai Singh Rathore will be saving the nation from disaster. At the onset, Raj Nayak, CEO, Colors said that he would like to thank Anil for bringing 24 to India. Anil Kapoor said, “I want to thank Colors. Manisha Sharma and Raj Nayak have been pivotal in this endeavour. My family says I am crazy about 24 but that is how much I love it. Aamir Khan has been a friend, a colleague, a younger brother and sometimes, an elder bro.” The PK actor who is supposed to do a cameo in 24 stated, “It is a pleasure to be here. People have talked so much about season 1 and I look forward to season 2. I think the energy with which Anil does things is amazing. It’s childlike. The curiosity he has is surprising. I wish you all the best and I am very keen to see what you’re going to show us.” Also Read - Pathaan box office collection day 13: Shah Rukh Khan starrer witnesses a massive drop on its second Monday [Here's day-wise collection]

The trailer shows a terrorist group trying to unleash a lethal virus that kills at lightning speed. They will do so unless their ally, Roshan Sherchand is released from jail. The role is played by Ashish Vidyarthi. It shows Jai Singh Rathore in rehab due to alcohol woes. Sikander Kher is Arun Sherchand who is the plot’s mastermind. Also Read - Pathaan box office collection day 12: Shah Rukh Khan starrer has a terrific second Sunday; manages to BEAT KGF 2 Hindi biz [Day-wise collection here]

Aamir Khan said he loved the quality and background score. Filmmaker Abhinay Deo who directed the first season said, “It is the relentless work of the whole team. I think the entire cast has pushed itself so much.” Anil added that the technicians were the real stars. Gushing about the show, Aamir said, “I have never seen anything so big on Indian TV. I don’t watch much TV.” It is the most expensive show in the fiction space according to Nayak. Penned by Rensil D’Silva, it took more than a year to script 24’s new season. Also Read - Pathaan box office collection day 11: Shah Rukh Khan has a roaring second Saturday; surpasses lifetime collection of THESE Aamir Khan-Salman Khan films

Anil Kapoor has suffered injuried due to the shoot and has been taking physiotherapy for the same. “I am evolving every day as an actor and producer. This is an international format. We dream to make something original. This is an adaptation we wish to make something that will be adapted elsewhere. It took us two years to come back as I was busy with Dil Dhadakne Do and Welcome,” said the veteran. Sonam Kapoor said she wanted to do a role like Jack Bauer who plays the lead in the international version. The role is played by Kiefer Sutherland.

Anil further said that it was not a star driven show. “We all play characters. So, people can’t directly land on the show. So, Aamir won’t be entering unless I am replaced. When he did Satyamev Jayate he did not do any film, even I did that. I did only 24. I left an international project for this.” Talking about TRPs, he said, “When Mr India and Dil Chahta Hai released they did not fare well that time we felt bad. Now, our focus is to work with passion. TRPs don’t matter.”