Anil Kapoor can be hilarious on and off the screen, but this time the situation itself became a very funny one!... 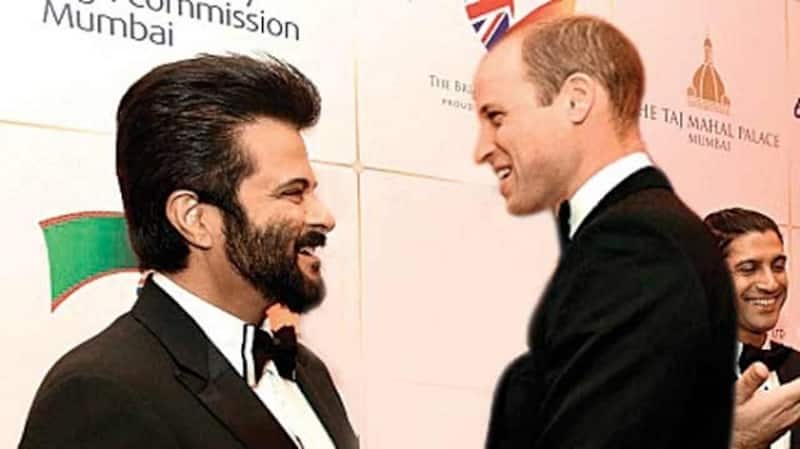 The Prince and the Bollywood actor shared a hilarious moment

Royals all over the world, especially the British monarchs are very proper. Because any slip-up on their part can turn into a scandal and end up on the front pages of newspapers worldwide, or result in an international incident. Actors, and lesser mortals, are not that concerned about making minor boo-boos. Also Read - Friendship Day 2022: Shah Rukh Khan-Salman Khan, Sanjay Dutt-Arshad Warsi and more Bollywood actors who became friends after working together in a film

Anil Kapoor was introduced to Prince Willam, the Duke of Cambridge, during his recent visit to Mumbai with wife Kate Middleton, the Duchess of Cambridge. William told the Slumdog Millionaire actor that they’d met before. Kapoor gently told William that they hadn’t met and that if they had, he would have remembered. However, William insisted they’d met, trying to recall where they had. However, the actor suggested that the Prince had probably seen a film of his and was confusing that with meeting him, and assured him that they had never met or been formally introduced. He also said that perhaps he was confusing Anil with someone else. Suddenly William asked him, “Weren’t you at BAFTA?” Anil looked sheepish. He had indeed met William but had forgotten all about it. Also Read - Jug Jugg Jeeyo success bash: Kiara Advani gets massively trolled as she ditches pants for a long blazer look; netizens say, 'Didi pant toh pehen lo'

A source from that dinner laughs, “It was really funny. Anil kept saying they hadn’t met and the Prince was so insistent. Then they had a good laugh.” Also Read - Charu Asopa hints at her troubled marriage with Rajeev Sen; shares a divorce scene from Kiara Advani and Varun Dhawan's Jug Jugg Jeeyo

Anil laughs, “Yes, that happened. Prince William and Princess Kate are very gracious and wonderful people. and the prince has an amazing memory.”