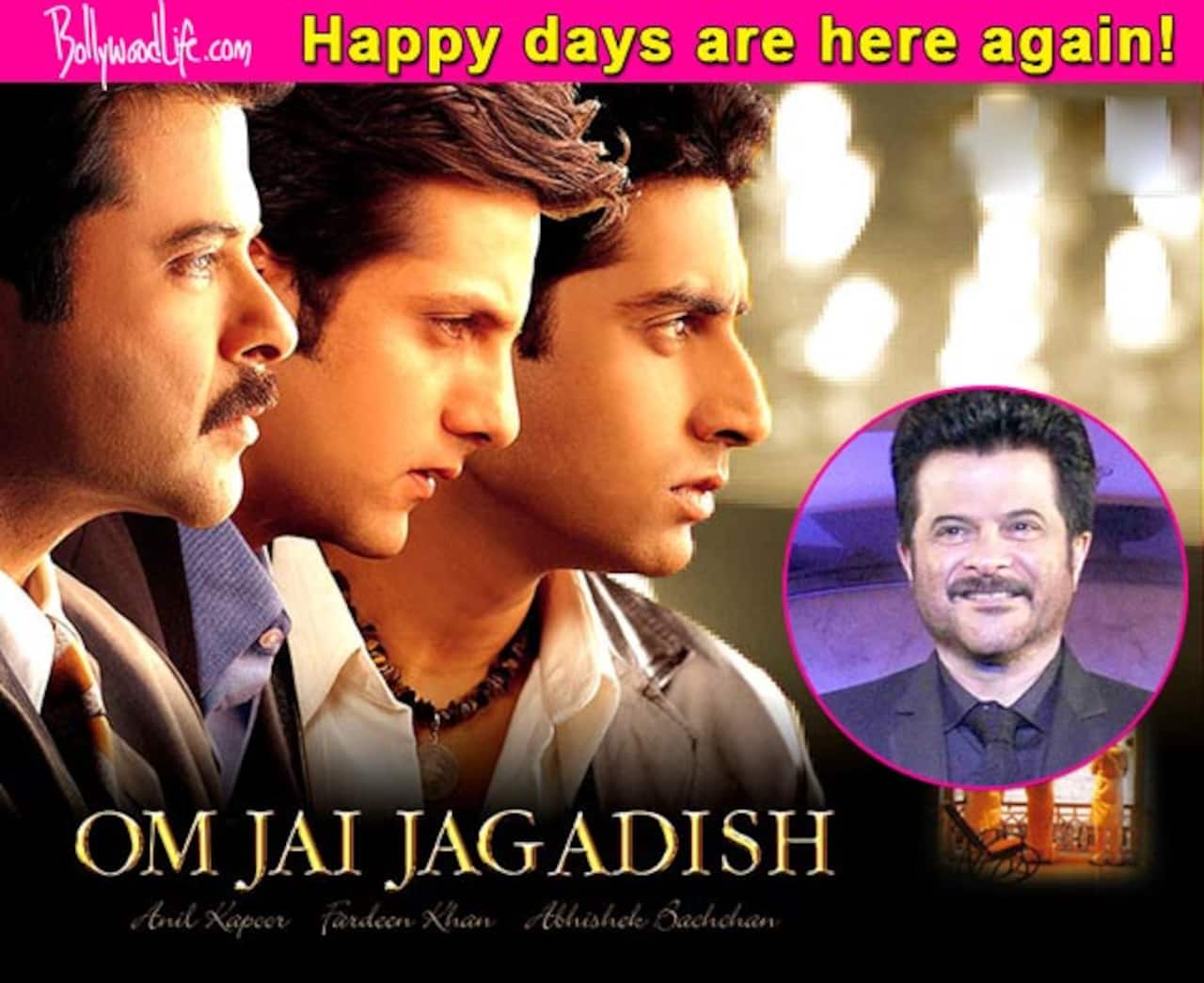 The film marked the directorial debut of Anupam Kher...

Anil Kapoor is celebrating happy days once again. Not just is the actor back in action with full fervor in Bollywood, he is even running high on social media. He just tweeted about how his 2002 film clocked in 13 years today. The actor is overjoyed and seems very happy on this joyous occasion. Also Read - When Shahid Kapoor was accused of creating a fuss over Kareena Kapoor Khan and Fardeen Khan's initimate scenes

The Dil Dhadakne Do actor took to Twitter and expressed his feelings via an old video from the mahurat of the film. "Happy days are here again! It's the 13th Anniv of Om Jai Jagdish. http://bit.ly/1CnbaVG . Such great memories! @AnupamPkher @juniorbachchan,” he tweeted. His sense of humour is spot on as the movie had a song which went like Happy days are here again. Anil used it here to describe his experience of shooting the film. Also Read - Pathaan Special Screening: Ranveer Singh, Rani Mukerji join in the mania; Hrithik Roshan brings family to watch Shah Rukh Khan's action dhamaka [VIEW PICS]

The film was Anupam Kher's directorial debut and featured stars like Waheeda Rehman, Fardeen Khan, Abhishek Bachchan, Mahima Chaudhry, Urmila Matondkar and Tara Sharma. The movie didn't go on to make a lot of bucks at the box office, but it won a lot of praise from the critics, all thanks to Anupam Kher's direction. Also Read - Salman Khan, Aishwarya Rai Bachchan, Kartik Aaryan and more Bollywood celebrities grace Subhash Ghai’s birthday bash